Updated On November 16, 2022 | Published By: shahid | In Married , Relationship
Share this 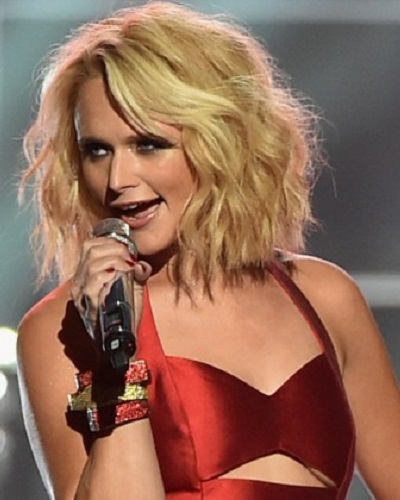 Miranda Lambert shares her wedding news with her fans

American singer-songwriter Miranda Lambert took to her social media platform to inform her fans that she is married. She announced that she had a secret marriage and her husband’s name is Brendan McLoughlin.

Miranda uploaded a picture of herself with her husband on her Twitter handle and wrote:

“In honor of Valentine’s Day I wanted to share some news,”

“I met the love of my life. And we got hitched! My heart is full. Thank you Brendan Mcloughlin for loving me for…. me. #theone”

In the picture, Miranda is seen dressed in her white wedding attire with a big smile on her glowing face. She is cuddling her husband. In photo no. 2, the couple is gazing at each other and Miranda is holding a bouquet.

Read more: Blake Shelton Kisses Gwen Stefani at Billboard Music Awards 2017 after Gushing about her: ‘I Was the Luckiest Guy in the Room Anyway!’

Who is Brendan McLoughlin?

Brendan is with the New York police force. He is a New York police officer at Staten Island. Brendan is serving NYPD’s Midtown South Precinct and has tried his hands at modeling in the past. He is a handsome-looking guy with an athletic body. No doubt, our Miranda fell for him.

But Miranda is not just a wife now after this marriage but also a stepmother. Brendan has a child from a previous relationship and this child is just 3-month-old.

Also read Gwen Stefani has found a new way to show her Man Blake Shelton Affection! Find out what that is!!

Miranda Lambert and her love life until now

Country singer Miranda Lambert, 35 was earlier married to Blake Shelton. It was the year 2006 when she started dating singer Blake. After 4 years of wonderful courtship, the couple got engaged in 2010.

They exchanged wedding vows on 14 May 2011 in Texas at the Don Strange Ranch in Boerne. But it was just 4 years that their wedding lasted and they divorced on 20 July 2015.

The same year in December, Miranda began a relationship with R&B singer Anderson East. They had met in September 2015 at the Nashville’s Live on the Green Music Festival. But by April 2018, they split.

In February 2018, Miranda then commenced dating the frontman of Turnpike Troubadours, Evan Felker. Evan had left his then-wife Staci all of a sudden to be with Miranda. But by August 2018, the new couple separated.

She had said then that she is happy with her singlehood. She had said:

“Love is a hard road sometimes and it’s been a roller-coaster ride for me, but I’m definitely thankful for all the ups and downs because I’ve had some really good songs come out of it. You’ve got to take the bad parts and put them on paper and then move on to the happy parts.”

And now her sudden and secret marriage to Brendan McLoughlin!

You may like Gwen Stefani And Her Boyfriend Blake Shelton Shares Their Plans For Grand Holiday!! We ‘Go Big’ Says The Couple

Miranda Lambert, two Grammy Award-winning American country singers, and songwriter are best known as a member of Pistol Annies. Her debut album Kerosene went on to be certified platinum in the United States. More Bio…