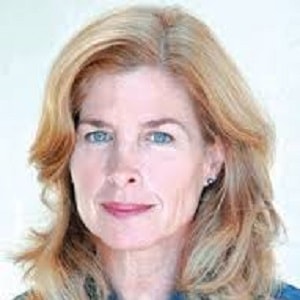 I did feel that I was in my mother's shadow and that I was always trying to prove myself. I think the truth is, it's you on the stage, it's you on the screen, in the end. There are more children of famous people that you haven't heard of...or they're in rehab and you've heard of them. So, it's a hard thing to overcome when you have a famous parent. And I think I was troubled by that. It was one of the reasons I needed to step back and come back now with this renewed appreciation. Forcing myself to start over again, which is a challenge and has been really interesting. I've been very fortunate, but I think that plays a part in it.

Blanche Baker is a married woman. She has been married to Mark Magill since January 1, 2003. The couple has welcomed a son named James Magill. The family I lining together and they are spending quality time with each other.

Previously, she was married to Bruce Van Dusen on October 1, 1983. The couple welcomed three children: Dara Van Dusen, Wynn Van Dusen, and Zane Van Dusen. However, the pair could not hold the relationship and end with divorce in 2002.

Who is Blanche Baker?

Blanche Baker is an American actress and filmmaker. She is popular for her role as Ginny Baker in ‘Sixteen Candles’. She is the winner of Emmy Award in the category Best Supporting Actress for her work in the mini-series, ‘Holocaust’.

She was born on December 20, 1956, in New York City, New York, USA. She is currently 62 years old. Her father’s name is Jack Garfein(director) and her mother’s name is Carroll Baker(actress). Her mother converted to Judaism and her father is a Jew from Carpathian Ruthenia, who survived the Holocaust. She has a brother named Herschel Garfein.

She spent her early childhood in Italy where her mother had already established a film career after leaving Hollywood in the mid-1980s.

Blanche holds American citizenship and her ethnicity is a mix of English, Polish, and Irish.

Talking about her education history, she attended Wellesley College from 1974 to 1976 and later studied acting at the Herbert Berghof Studio, the American School in London, and at the Lee Strasberg Theater Institute.

She debuted her television carer from the role of Anna Weiss in the miniseries ‘Holocaust’ and subsequently appeared in TV movies like ‘Mary and Joseph: A Story of Faith’, ‘The Day the Bubble Burst’, ‘Embassy’, ‘Taking Chance’, and many more.

From 1980 to 1981, she portrayed the leading role in Edward Albee’s stage adaptation of Vladimir Nabokov’s novel ‘Lolita’ but the play was picketed by feminists, who were outraged by the theme of pedophilia. However, writer of ‘People’, Mark Donovan told that the role of Blanche was “breathtaking” and “beguiling”.

She must have earned a huge sum of money from her career however, she has not revealed her net worth, salary, and income.

The 62 years old actress has been successful in maintaining her celebrity status and she has not been involved in any types of rumors and controversies in her career.