Blu Cantrell is an American singer, songwriter, plus producer. Blu Cantrell might be single at present. 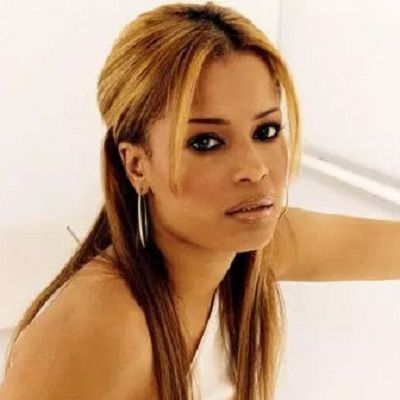 Blu Cantrell might be single at present. But she has dated few men in the past.

As per the reports, she had a fling with rapper Jay Z in 2001. Then in 2003, she was in a relationship with musician Tommy Lee.

Blu also had a short affair in 2008 with Antonio Sabato. He is a model, actor, and politician.

Who is Blu Cantrell?

Blu Cantrell is an American singer, songwriter, plus producer. Her hit song Hit ‘Em Up Style (Oops!) came out in 2001.

In addition, Blu is related to R&B and Soul music genres.

She was born as Tiffany Cobb on March 16, 1976, in Providence, Rhode Island, United States.

She has four siblings. They are Adam, Tino, Nick, Kelli, and Summer.

Regarding the educational background of her, she has not shared any records.

Blu Cantrell has an amazing voice. Her first album So Blu was launched in July 2001. From this album, I’ll Find a Way and Hit ‘Em Up Style (Oops!) came out in Sep 2001 and April 2001 respectively.

The other singles from this album were The One, Swingin, So Blu, All You Had to Say, and more.

The second album of Blu Bittersweet was released in the year 2003. Her upcoming album is titled I Walk but its release date is yet to be fixed.

Besides singing, Cantrell also appeared in a reality show Celebrity Circus S1 in 2008. But unfortunately, she became the first star to get eliminated in the second week. The other participants of this show were Antonio Sabato, Jr., Christopher Knight, Janet Evans, Jason “Wee Man” Acuña and Rachel Hunter.

Blu was nominated for Favourite New Artist by American Music Artist in 2002.

Blu Cantrell in Sep 2014 was seen in the streets of Santa Monica, California and was screaming that someone had poisoned her with gas. She was shouting loud at 2 am.

Then the people reported this to police who arrested Blue and took her for a psychological evaluation to a nearby hospital.

Talking about earnings, this media personality has an estimated net worth is $500 thousand.

Talking about Blu Cantrell’s body features, she has blue eyes and dark brown hair. She stands with a height of 5 feet 7 inches and weighs 60 kg.