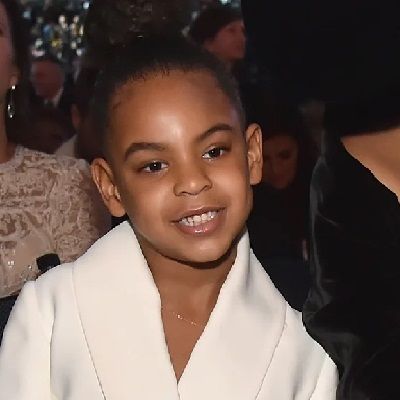 Who is Blue Ivy Carter?

Blue Ivy Carter is an American celebrity child. She is the first child of popular pop stars Beyonce and Jay-Z.

She is the daughter of rapper Jay-Z (Father) and singer Beyonce (Mother).

As per her twin younger siblings, she has a sister Rumi Carter and a brother Sir Carter. They were born in June 2017.

Ivy’s education is going on in the Center for Early Education. It is located in West Hollywood, Los Angeles County, California.

Blue Ivy Carter from birth started to grab the limelight. She was born in Lenox Hill Hospital under high security.

Her name itself is unique which is a combination of blue color and the roman number IV.

After the birth, her father dedicated a song called Glory. Her cries were also recorded in that song. Moreover, Blue appeared in her parents’ music video and also gave her voice to songs.

In Jan 2020, Blue along with her mother Beyonce was seen in a photo that is posted by Megan Thee Stallion on Twitter.

After this, two journalists K. Austin Collins and Violet Lucca criticized the looks of Blue Ivy saying she is getting her father’s genes and that she will get plastic surgery.

These harsh comments got furious responses from other Twitter users. But later Lucas and Collins erased their tweets and apologized for their behavior.

Blue Ivy Carter’s net worth as per the sources has around $80 million as of 2022.

As per her pop star parents’ net worth, Beyonce has around $500 million whereas Jay-Z has over $1 billion net worth.

Her height is about 4 feet 5 inches and her weight is around 30 kg.

Blue is also active on Facebook with around 5.6k followers.