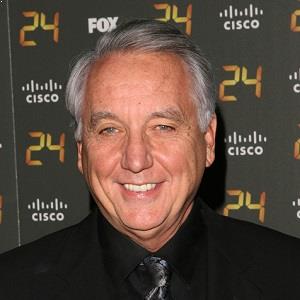 I was the adoring son of a Welsh-Irish father, a dyed-in-the-wool Democrat, a Catholic Knight of Columbus who was a blue-collar, trade union organizer and, not surprisingly, a fervid Nixon-hater.

I was a grunt, walking around in the jungle of Vietnam, trying not to find the enemy. Because I am so big, they were going to give me either a heavy radio or a huge machine gun to carry. I carried a radio

My first presidential primary vote was for Bobby Kennedy.

What is the relationship of Bob Gunton?

Bob Gunton has been married twice in his life. His first wife was Annie McGreevey. They got married back in 1980. They stayed together for a long period of time. After 26 years of their marriage, they divorced in 2006. They together had a daughter named Annie McGreevey. After few months of his first divorce, Bob got married for the second time with Carey Pitts Gunton. They got married on 26 August 2006. They together don’t have any children till now. They have been married for eleven years now and their relationship is still going very well. They are still together and there is no sign of divorce at all.

Who is Bob Gunton?

Bob Gunton is an American actor best known for his role as Warden Samuel Norton in the 1994 prison film The Shawshank Redemption.

He is also famous for playing President Juan Peron in the original Broadway production of Evita, for which he received a Tony Award nomination. He is also a cast of the TV series Daredevil in which he appears as Leland Owlsley.

What are the birth facts of Bob Gunton?

Bob was born on 15 November 1945, in Santa Monica, California, USA. He is an American by nationality and is of North American ethnicity.

He is the son of Rose Marie and Robert Patrick Gunton, Sr. His father was a labor union executive.

Bob Gunton was educated at Mater Dei High School in Santa Ana, California, and Paulist Seminary St Peter’s College. After high school graduation, he attended the University of California, Irvine. He initially had planned to become a priest, but later became a famous movie star.

Bob Gunton began his career as a US army at the age of 24. He served in the United States Army from 1969 to 1971. During his days as an army, he earned a Bronze Star and the Vietnam Service Medal. He began his acting career in 1981, playing a minor role as Sal Naftari in Rollover.

He made his television debut with a small role in an episode of Miami Vice in 1988. After that, he started appearing in several movies and television films. His first big break came up with a lead role in the movie Glory in 1989, in which he played Gen Harker. His role as Juan Peron in the original Broadway production of Evita and earned him a Tony Award nomination for Best Featured Actor in a Musical for his performance. He later starred in the title role of a 1989 Broadway revival of Sweeney Todd and he earned his second Tony nomination for his work.

He also made a guest appearance in the first season of Desperate Housewives.  Since then, Bob has appeared in a number of movies and television films. He played William Herndon in The Gettysburg Address (2015). He is also a cast of the Netflix series Daredevil in which he appears as Leland Owlsley.

Bob Gunton: Salary and Net Worth

Throughout his long successful career, he has accumulated a net worth of 3 million dollars as per 2022′ s data.

Bob Gunton has been a very straight person in his personal life and professional career as well and he has not been dragged into any controversy in his entire life.

How tall is Bob Gunton?

Bob Gunton has a height of 6 feet 2 inches and weighs about 66kg.

Bob has a combination of Black and White hair i.e. Salt and Pepper.

Furthermore, he has a blue eye. Besides these details on his body measurement are not available.