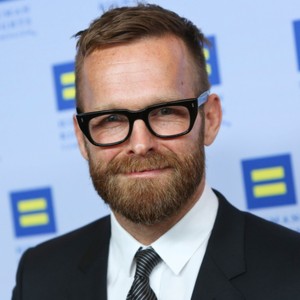 I found that people like rules, and I love to tell people what to do. It's not rocket science when it comes to weight loss. It's about eating a little less and moving a little bit more.

When I was first introduced to CrossFit, I found it to be the hardest workout that I'd ever done. It wiped the floor with me, and I fell in love with it immediately. The results that I have seen in my strength and physicality have been unparalleled to any other things I have ever done in my more than 20 years in the fitness business.

CrossFit is all about constantly-varied, high-intensity movements. And to do these movements, you have to have a certified coach to take you through this - or any type of physical activity.

What is the relationship of Bob Harper?

Bob Harper publicly came out as gay in the year 2013 in the seventh episode of the fifteenth season of The Biggest Loser, while talking to a contestant who was having difficulty telling his parents about his sexuality.

In 2015, he revealed on his Twitter account that he had dated Reza Farahan in the 1990s. Reza is an actor by profession. Their relationship could not last long.

Bob had an alleged affair with Anton Gutierrez but they did not confirm. But in November 2015, they confirmed their relationship when they were spotted kissing each other in West Hollywood.

Who is Bob Harper?

Bob Harper is an American reality television star, personal trainer, and author. He is best known for appearing on the American television series The Biggest Loser.

He is also popular for being an advisor on The New Celebrity Apprentice.

Bob Harper was born on August 18, 1965, in Nashville, Tennessee, U.S. His nationality is American and he is of North American ethnicity.

The name of his mother is not known but he said in an interview that his mother had died due to a heart attack. He spent his early life on the cattle farm in Nashville with his father. He is color blind.

In which school did Bob Harper attend?

He attended Austin Peay State University in Clarksville, Tennessee, but did not graduate.

He has taken training from American Fitness Training of Athletics to get a certificate as a personal trainer.  He also went to the Aerobic and Fitness Association of America to get the certificate.

Bob Harper was living in Nashville when he developed a passion for fitness, he decided to make a career on this only. So, he moved to Los Angeles.

He has worked as a personal trainer for celebrity clients, including Jennifer Jason Leigh, Ben Stiller, and Ellen DeGeneres.

In 1999, he was cast as an extra in Melissa Etheridge’s hit video for the song “Angels Would Fall” from her album Breakdown.

In early 2010, Harper launched mytrainerbob.com, a website where subscribers can discuss weight loss and receive coaching.  His website became very popular among youngsters.

The success of his site led to the release of his first workout DVD series in May, titled “Bob Harper: Inside Out Method.” He has also contributed workouts to the Shape magazine website.

On February 27, 2017, Harper indicated he’d suffered a heart attack two weeks prior. He has been a role model for many youngsters.

Rumors were there that he was gay and not attracted to the opposite sex. Later, in 2013 he himself came out as gay.

There were controversies when the producers of The Biggest Loser revealed that Bob had encouraged a contestant to take drugs to lose her weight.

Bob has an athletic body with a height of 6 Feet 1 inches and weighs 81 kg.

His hair color is blond and his eye color is blue. Besides these, his chest, biceps, and waist size are 45-16-34 inches respectively.