Australian actor Bob Morley is loves dogs so much that he calls himself a puppy dad.

Bob Morley is a married man. He has exchanged vows to The 100 co-star, Eliza Taylor (a.k.a. Clarke Griffin).

They broke the news to their fans and followers via their Twitter account on the 8th of June 2019. To date, the couple has not revealed any details about their wedding.

Prior to this, he dated Arryn Zech for small-time intervals in 2019. They break up with each other on a very bad note.

Also, Bob has dated Jane Gosden in 2014 that ended in 2015. Before that, he was in a relationship with the actress Jessica Tovey for a year started in 2007. 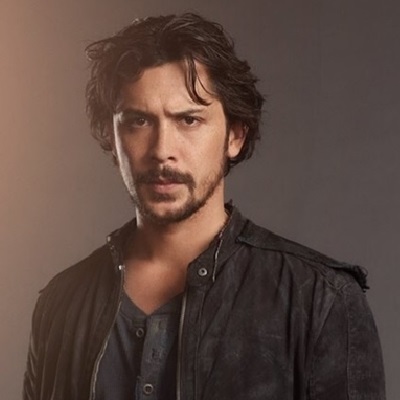 Who is Bob Morley?

Bob Morley is an actor and director.

He is popular for portraying the character, Bellamy Blake in the TV series, The 100.

Also, he is active as a philanthropist too.

Bob Morley was born Robert Alfred Morley on the 20th of December 1984 in Kyneton, Victoria. His of British-French ethnicity.

He holds dual nationality as his mother, had Filipino nationality whereas his late father is an Australian. His father passed away when he was too young.

He is the youngest among his three siblings including two elder sisters and an elder sister. Along with his siblings, he grew up on a farm in Kyneton.

Growing up as a child, he had a keen interest in acting and performing. While he was in school, he also studied drama despite his mother’s opposition. Later, he moved to Melbourne to earn a degree in engineering.

However, he had the heart of an artist. Hence, he joined La Trobe University to study creative arts. During his University days, he hired an agent to pursue acting as his career.

Moving forward, he tried to boost his career via low-budget movies. In 2005, he made his debut with the horror movie, Dead Harvest.

After the movie, he tried his luck in the TV soap. In 2006, he joined the soap opera, Home and Away as Drew Curtis.

His role in the series got appreciated by the viewers and critics. Moving forward, he featured various series like Sea Patrol, The Strip, and many more.

However, he first earned fame when appeared in CW’s TV series The 100 as Bellamy Blake. To date, he appeared in around 100 episodes. Also, he has directed a few episodes of the series. Before that, he also portrayed the character of Aidan Foster in Neighbours.

Apart from that, he is also an active social activist. As a philanthropist, he has worked for raising funds the social organization like Beyondblue, ACLU, and JED Foundation. Mostly, he worked in sectors like mental health, protection of emotional health, and preventing suicide.

Recently, in July 2020, he has been in the headline of media as her ex-girlfriend, Arryn accused him of verbal and emotional abuse via a social media platform.

Through her Twitter account, she disclosed that he often yells and scolds her. In the post, she also mentioned that he got furious when she came out as a bisexual. Also, she added that he got enraged for cheating when she shared her pain of being sexually assaulted at a convention.

In the matter, he has not made any kind of statement.

Bob Morley has black eyes with black hair. His height is 5 feet 10 inches and has a decent weight.

Alexis Morley, girlfriend of singer Adam Schlesinger opens up about his last moments before death from coronavirus!