Updated On January 11, 2023 | Published By: MarriedBioraphy
Share this
Married 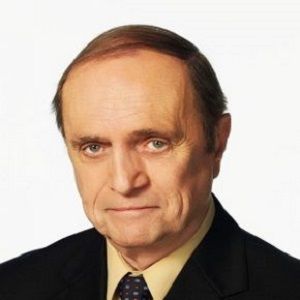 Laughter gives us distance. It allows us to step back from an event, deal with it and then move on.

All I can say about life is, Oh God, enjoy it!

Bob Newhart is a married man for a long period of time. His wife is Ginny Newhart, daughter of actor Bill Quinn.

They were married on January 12, 1963. The couple has two sons and two daughters together.

Who is Bob Newhart?

Bob Newhart is an American actor, writer, and stand-up comedian known for his comedy show The Bob Newhart Show (1972) and the comedy TV series Newhart (1982).

Bob was one of the most successful and popular comedians of his time. He served in the United States Army during the Korean War.


Bob was born on 5 September 1929 in Oak Park, Illinois. His father, George David Newhart was a businessman, and his mother, Julia Pauline was a housewife. He is the eldest of four siblings. He has three sisters named Virginia, Mary Joan, and Pauline.

Similarly, he completed his school education at St. Catherine of Siena Grammar School in Oak Park.

He was a 1947 graduate of St. Ignatius College Prep. Then, he attended Loyola University of Chicago and graduated with a Bachelor’s degree in business management in 1952.

After his graduation, he joined the US Army during the Korean War and served his country till 1954. Then, he attended Loyola University Chicago School of Law but he did not complete his degree there.

After returning from the war, Bob worked as an accountant for United States Gypsum. After that, he started performing in the local theaters and also started writing comedy sketches for the radio. Then, he worked at an ad agency.

While working there, Newhart and co-worker Ed Gallagher would make random calls to each other throughout the working days. Then he eventually started recording the calls and use them as comedy show audition tapes.

Later, he was signed by Warner Bros and he released his first comedy album The Button-Down Mind of Bob Newhart as a stand-up comedian. His performance was highly appreciated by the audience as his skills were unique.

In the 1960s, he had already become a strong voice in comedy. In 1961, he began his television career with the TV variety show titled The Bob Newhart Variety Show (1961-1962). For his work, he was honored with Peabody Award in 1961 and he won the Emmy Award for Outstanding Program Achievement in the Field of Humor in 1962.

Later, he made his film Hell Is for Heroes in 1962. Bob’s performance as the president of the United States comedy film First Family (1980) was highly appreciated by the audience. In 1968, he appeared in the film Hot Millions.

What is the net worth of Bob Newhart?

Talking about the rumors and controversy, there was a rumor that he gave up smoking.

Initially, Bob was a heavy smoker at a young age. In 1985, he was admitted to the hospital due to polycythemia.

What are the body measurements of Bob Newhart?

Bob has a height of 5 feet 8 inches. His hair color is dark brown and has a blue eye color. Information on his other body measurements like shoe size, and weight is unknown.