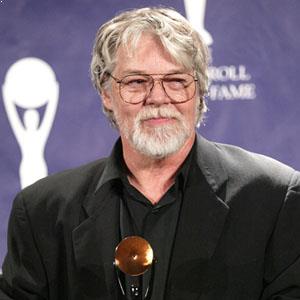 I was a poor kid. It was a disappointment to grow up and realize there really weren't families like on The Adventures of Ozzie and Harriet (1952). That in middle-class families, the guy went off to the bar and got drunk and smashed up the car just like in poor families.

I think rock will last: it's proved its legs. But how the performers will be remembered, that's another thing.

Bob Seger was initially married to Renee Andrietti in 1968. The marriage did not last long and the pair divorced after a marriage of 1 year. Next, he was involved in a relationship with Jan Dinsdale from 1972 until 1983. The 11-year relationship eventually came to an end.

Bob married actress Annette Sinclair in 1987. This marriage saw a similar end as the couple divorced one year later. Then, he married Juanita Dorricott in 1993.

They were dating for 2 years after getting together in 1991. The wedding ceremony took place on 10th July 1993. They have two children from the marriage of Christopher Cole and Samantha Char.

Currently, he lives mainly at his home in Orchard Lake Village, Michigan, a suburb of Detroit.

Who is Bob Seger?

Bob Seger was born in Detroit, Michigan on May 6, 1945, to Charlotte and Stewart Seger.

Additionally, he has an older brother, George. Music became a big part of his early life as his father played several instruments.

He had a rough childhood as his father abandoned the family and moved to California and hence the family struggled financially. He is of American nationality.

Talking about his education, Bob attended Tappan Junior High School. Later, he graduated from Pioneer High School in 1963. Furthermore, he also went to Lincoln Park High School for a year.

Initially, Bob Seger fronted a three-piece band called the Decibels. He played the guitar piano, keyboards, and also contributed to vocals. In 1961, the Decibels recorded an acetate demo of a song called ‘The Lonely One’, at Del Shannon’s studio.

Later, he joined the Town Criers, a four-piece band with Seger on lead vocals, John Flis on bass, Pep Perrine on drums, and Larry Mason on lead guitar.

Bob eventually joined Doug Brown & The Omens, who presumably had a bigger following than the Town Criers.  He soon got a contract with Cameo-Parkway Records.

Furthermore, he finally achieved his commercial breakthrough with his October 1976 album ‘Night Moves’.

Bob has released several albums in his career. Some of the popular ones are ‘Beautiful Loser’, ‘Back in ’72’, ‘Stranger in Town’, ‘Against the Wind’, ‘I Knew You When’, ‘Ride Out’, and more.

Bob Seger garnered the Oscar nomination in 1988 for Best Music, Original Song in the movie ‘Beverly Hills Cop II’ which he shared with Harold Faltermeyer and Keith Forsey.

Bob has not revealed his current salary. Currently, he has an estimated net worth of $ 45 million.

After Bob released his album ‘Ride Out’ in 2014, the album received a ton of backlash and became a controversial topic as the album deals with climate change. Furthermore, his many singles featured subject matter that was controversial for its time.

There is a rumor going on that suggests that Bob might be planning a new studio album and Tour in 2018. Additionally, there was also a rumor that he might be retiring from music.

Talking about his body measurement, Bob Seger has a height of 5 feet 11 inches (1.8 m). His hair color is dark brown and eye color is light brown. Furthermore, his body weight is not known.

Bob is fairly active on social media sites. He has a huge number of followers on social networking sites such as Facebook, Twitter as well as Instagram.