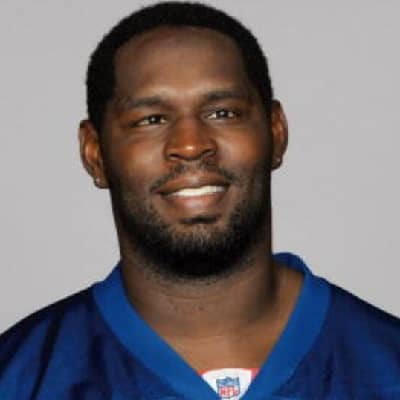 Bob Whitfield’s current relationship status is single after his divorce with his wife. He has married twice in his life.

His first marriage was with Euraddel White. The couple also had a son, KodWhitfield together born on May 17, 1994. Kodi is now an American football wide receiver.

Bob was secondly married to The Real Housewives of Atlanta cast member, Sheree Fuller. They met each other in the year 1993 and started dating shortly after.

In 1996, the couple gave birth to a son, Kairo Whitfield. Kairo has a passion for modeling and wants to be a model. He was also once arrested for reckless driving.  The couple welcomed their second child daughter, Kaleigh Whitfield in 1999.

After living together for a couple of years together, they married in a lavish wedding ceremony in 2000. About 7 years later, they got divorced in 2007.

On different occasions, Sheree has also claimed that Bob had physically abused her during their marriage. Obviously, Bob refuses such allegations. Their divorce was a messy affair as well.

It was claimed that Bob wasn’t prepared to pay child support. His team argued that she was being greedy and was looking for a big payoff.

Who is Bob Whitfield?

He is also the founder and C.E.O. of Patchwerks, Inc. established in 1993. It has also operated PatchWerk Recording Studios in Atlanta, GA.

Bob was born on October 18, 1971, in Carson, California. His birth name is Bob Lectress Whitfield III. His parent’s names are not disclosed. Likely, there is no information regarding his childhood and siblings too.

He belongs to American nationality and is of Mixed (English, Anglo-Saxon, Afro-American) ethnicity.

Talking about his education, he studied at Banning High School in Wilmington, California. Bob also played the highschool football there with his teammates Mark Tucker.

Bob then played college football at Stanford University, where Dennis Green served as head coach. He returned to Stanford in the year 2012 and received a degree in economics during a commencement ceremony.

These actions also lead to him receiving the nickname “Head-butt Bob”. After it, Whitfield was also not led to playing for the final game of the season against the Washington Redskins. Likely, he was also benched for the subsequent playoff game against the Philadelphia Eagles.

The player also serves as a guest analyst for the UK’s NFL Coverage on Sky Sports. In addition, he was also seen contributing to local Atlanta television and radio.

Being one of the successful personality, his net worth is said to be $14 million. His salary for a season was around $2.3 million.

In Dec 2000, Bob and the Atlanta Falcons have an agreement on a six-year contract worth about $30 million.

During the 2006 season hе hіt twісе оn thе hеаdbuttѕ in key spots against the Dallas Cowboys and later in a Week 16 loss against the New Orleans Saints.

These actions lead him to different controversies. He also receives the nickname like Head-butt Bob after it.

Apart from it, he hasn’t been in any rumors yet.

Bob Whitfield has an athletic built body standing tall with a height of 6 ft 5 inches (1.96 m). Likely, his weight is 144 kg (318 lb). He has black colored hair and black colored eyes.

Also, get to know the bio of another football player like Ben Foster, Brad Green, Devin Lucien, and Jerry Jeudy.

The Real Housewives of Atlanta Sheree Whitfield and Bob Whitfield: A Brief History Of Tumultuous Relationship, quarrel over child support!! All here!