Actress-singer Bobbie Eakes is married to a researcher. 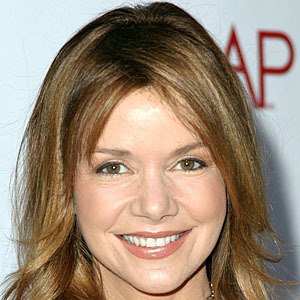 Bobbie Eakes is a married woman. She has been married to David Steen since July 4, 1992. David is a novelist and an actor. The couple has not been welcomed any children yet. But, the couple seems to be happy with each other and there is no sign of divorce as well.

Who is Bobbie Eakes?

She is also well recognized for her role as Krystal Carey on ‘All My Children’ from 2003 to 2011.

She was born on July 25, 1961, in Warner Robins, Georgia, USA. Her birth name is Bobbie Diane Eakes and she is currently 57 years old. Her other names are Bobbi Eakes and Bobbie Steen.

Bobbie’s father’s name is Bob and her mother’s name is Audrey. She has four older sisters named Susan, Sharon, Shelly, and Sandra.

During her time of birth, her father was stationed at Robins A.F.B. near Lakenheath RAFB, England. So they also shifted to England. After her father retired from a military career, the family returned to Warner Robins.

Bobbie holds American citizenship and her ethnicity is Caucasian.

She began her television career from the role of Joanne Leigh in the show ‘Matlock’ in 1986. After a year, she appeared as April Blue in ‘Jake and the Fatman’, Dating Girl in ‘Falcon Crest’ and Margaret in ‘Werewolf’.

She also appeared in the music video ‘Tired of Loving This Way’ directed by Jon Small in 2000. She released her single ‘Something Beautiful’ on April 26, 2005.

She has an estimated net worth of around $1.5 million earned from her professional career.

There is a rumor that she would be returning to B&B but she has not talked about the rumor and it is yet to be confirmed.