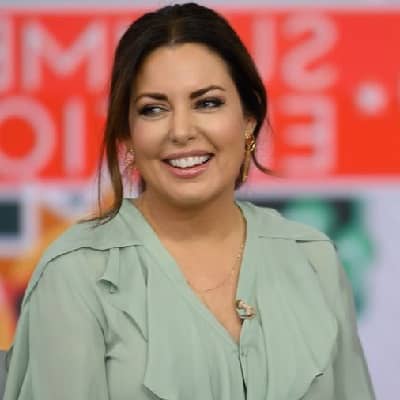 Bobbie Thomas was married but recently on 01 Dec 2020, her husband passed away. He was a lawyer and his name was Michael Marion.

This couple exchanged rings in March 2012 and they tied the knot on 31 May 2013. Their wedding location was Connecticut. This couple together has a son named Miles Thomas Marion, who was born in 2015.

Bobbie got pregnant via In Vitro Fertilization (IVF) process. But unfortunately, her spouse died at the age of 42 due to an ischemic stroke.

Bobbie started dating JC Chasez in 1997. He is a singer and is related to a popular band Nsync. This couple however broke up in the year 2001.

Who is Bobbie Thomas?

Bobbie Thomas is an American fashion journalist. She is at present serving the NBC’s Today Show as a Style Editor.

She has also worked with networks like FOX, CNN, VH1, and MTV.

She was born on 23 Oct 1974, in Providence, Rhode Island, USA. Details about her mother and her father’s names are not shared.

Moreover, she also hasn’t provided the identities of her brothers and sisters.

Her ethnic background is Caucasian. She studied at the University of Idaho and got a degree of B.Sc. in Psychology.

Bobbie Thomas’s career in the fashion industry is going high. She was appointed as a style editor by NBC. There she appears in a show called Tody Show. Her styling ideas and advice are loved by the audience.

She co-hosted Fashion Police and was also seen in E! Entertainment specials. In the latter, she covered the red-carpet of Emmy, Golden Globe, Screen Actors Guild, and Academy Awards.

She also wrote articles about fashion and beauty which are published in MSN and MSNBC. Her blog Bobbie.com focuses on styling and DIY ideas.

This editor has an estimated net worth is $800 thousand. Also, as per the sources, she receives a salary of 85k per year.

This star is doing great in her personal and professional life and is not surrounded by any scandals or rumors. The public was with her and they mourned at her spouse’s death.

Talking about Bobbie Thomas’s body features, she has hazel eyes and dark brown hair. As per the records, her height is 5 ft 9 inches but her bodyweight is unknown.

Bobbie is also available on other social sites. Her Instagram account is followed by over 118k followers and she has posted over 1k times.

She has accounts on Twitter with over 57.6k followers and on Facebook with more than 105k followers.

Raised in family of entertainers, Thomas Sangster a British Actor-Acting since a young age!