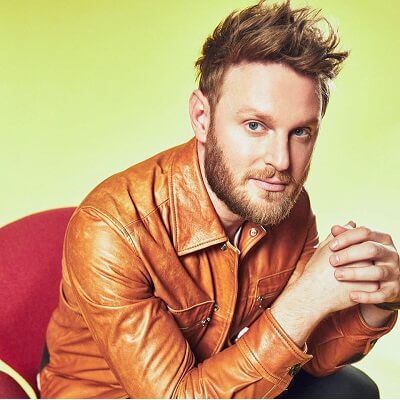 Nothing makes you feel better than when you get into a hotel bed, and the sheets feel so good. Why shouldn't you wake up like that every day? Spend money on your mattress and bedding because these things make a difference on your sleep and, ultimately, your happiness

I've always loved great upholstery, and think that a great sofa is one of the most important pieces of furniture in your home

I love my living room: it's the heart of my home where I get to chill and spend time with family and friends.

Bobby Berk is a married man. His sexual orientation is not staright. He is married to a man named Dewey. Not much is known about him. He is private regarding his personal life and his Instagram account is also private.

The couple has been together for over 14 years. Although the exact date of marriage is not yet known, they have been married for over 6 years. Currently, they live in Los Angeles together. Bobby has publicly expressed his desires to have babies in the future.

Who is Bobby Berk?

Bobby Berk is an American interior designer and a reality television personality. He rose to fame as the interior design expert in the Netflix series, ‘Queer Eye’.

Bobby Berk was born on August 25, 1981, in Houston, Texas. As of 2020, his age is 38. He spent his childhood days in Mount Vernon, Missouri, in the middle of Amish farm country. There is no information about his real parents.

The couple, Jerry Berk (father) and Connie Berk (mother) adopted him. He cites that being gay in the Bible Belt and attending an Assemblies of God church throughout his childhood days used to be difficult for him.

At the age of 15, he left his home and moved to Springfield, Missouri after facing both internal and external homophobia.

He landed a job at Applebee’s, in Branson, Missouri. When he was around 18, he moved to Denver, Colorado. His ethnicity is Caucasian.

Talking about his educational background, he has no high school diploma or college education. Moreover, he has not received a formal education.

In 2003, Bobby Berk moved to New York City with just $100 in his pocket. Fortunately, he landed a job at Restoration Hardware and Bed, Bath, and Beyond. After that, he worked in Portico, a high-end home furnishing company. There, even without any degrees, he became a creative director.

In 2006, the company folded and Berk launched his own online store called Bobby Berk Homethe same year. Initially opened as an online store, he opened his first physical store in SoHo, Manhattan just a year after opening his online business. In 2010, he launched another branch in Midtown Miami, Florida in addition to Midtown Atlanta, Georgia.

In Downtown Los Angeles, je launched his interior designing company, ‘Bobby Berk Interiors + Design’ which specialized in interior design services. He made appearances on TV networks such as NBC, HGTV, CBS, and Bravo.

Since 2018, he has served as the interior design expert on popular Netflix series, ‘Queer Eye’. Other members of the popular show’s “Fab Five” include Tan France, fashion expert, Antoni Porowski, food and wine expert, Karamo Brown, culture expert, and Jonathan Van Ness, grooming expert. Berk also appeared in Taylor Swift’s music video of ‘You Need to Calm Down’. Currently, he owns his own line of furniture, wallpaper, and art in addition to his own interior design business.

In 2017, he received the National Association of Home Builders’ gold award for best interior design. The same year, he also received the Best of Houzz Design award.

Berk stands at a height of around 5 feet 8 inches. He weighs around 70 kg. His hair color is brown and similarly, his eyes are also brown in color.

Berk has not been involved in any controversies. He has been able to keep himself away from any type of controversy and scandal. So far, he has not done anything controversial in his career and has kept his profile clean. Similarly, there are no rumors about him of any kind.

You may also like to read the Bio, Career, Body Measurements, Net Worth, Social Media, Relationships, and more about Jayden Haueter, Faith Ford, Sheri Easterling, and more.