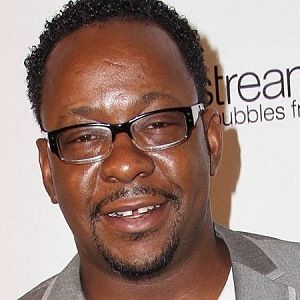 The business has changed so much that they're able - we're able these days in the music industry to be able to control our own destiny.

I could really care less about what they think about me, but at the same time, I do have something to prove.

Bobby Brown married twice in his life. At first, he was in a living relationship with Kimberly ‘Kim’ Ward from 1989 to 1991 and has two children, La Princia and Robert Barisford Brown Jr together.

After splitting with Kim, he married singer, Whitney Houston who is six years younger than him and has a daughter, Bobbi Kristina Brown (b. 4 March 1993,d.July 26, 2015). They first met at the Soul Train Music Awards in 1989.

During 1992, Brown proposed marriage to Houston and the pair married at Houston’s estate on 18th July 1992. However, their marriage didn’t last long withstand his philandering & drug abuse, and they divorced in 2007.

Moreover, when he was in a marital relation with Houston, he had a secret affair with American author, Karrine Steffans who is mostly known as the Vixen series of books.

During 2010, Brown got engaged to Television producer, Alicia Etheridge, who he proposed during a performance at Funk Fest in Jacksonville, Florida.

Two years later, they tied the knot in June of 2012. Brown and Etheridge are blessed with three children, Cassius, born two years before their marriage, Bodhi Jameson, Hendrix Estelle.

Who is Bobby Brown?

Bobby Brown is an American R&B singer-songwriter, occasional rapper, dancer, and actor. He has enjoyed success with his second album in 1988, Don’t Be Cruel.

It spawned a number of hit singles which includes the self-penned “My Prerogative”, and the Grammy Award-winning “Every Little Step”. Likely, Brown had a string of top ten hits on various Billboard charts between 1986 and 1993.

Bobby Brown was born in Boston, Massachusetts, the United States on February 5, 1969. His birth name is  Robert Barisford Brown and he is currently 51 years old.

His father’s name is Herbert Brown (construction worker) and his mother’s name is Carole Brown (schoolteacher). Whereas, as a boy, he resorted to stealing from stores. Likely, he was also involved in gangs and was even shot in the knee during a fight.

Talking about his profession, Bobby Brown and his childhood friends, Michael Bovines and Ricky Bell, formed a band called New Edition in 1978. Likewise, Ralph Tresvant and Ronnie DeVoe also joined the band, over the next four years. In 1982, they came second in the Hollywood Talent Night held at Boston’s Strand Theatre organized by music producer, Maurice Starr.

Their 1985 album, ‘All for Love’, though certified platinum with hits as ‘Count Me Out’, ‘A Little Bit of Love’ and ‘With You All the Way’, could not match the success of its predecessors. Unfortunately, Brown left the band to go solo amidst the news that he was forced out.

During 1986, Bobby Brown’s debut solo album, ‘King of Stage’, did not fare well, but the ballad, ‘Girlfriend’ became a No.1 R&B hit. In fact, his fourth solo album, ‘Forever’, released in 1997, bombed because of inadequate promotion and his insistence on writing and producing the tracks himself.

Besides that, he re-surfaced in 2002 for a duet with rapper Ja Rule on ‘Thug Lovin’‘. During 2005, he directed the reality series, ‘Being Bobby Brown’, for Bravo TV.

Therefore, he guest-appeared in films such as ‘Panther’, ‘Two Can Play That Game’, ‘Gang of Roses’, and ‘Nora’s Hair Salon’ and had a major role in ‘A Thin Line Between Love and Hate’.

Bobby’s net worth was £1.5 million ($2 million). Hence, he earned a huge amount of salary from his career and maintained such a huge net worth.

The 50 years old R&B singer has maintained his celebrity status and has not harmed any other person in his career. Currently, he is far from rumors and controversies.

Bobby Brown has a height of 5 feet 8 inches Additionally, his weight is 90kg. Bobby’s hair color is black and his eye color is dark brown.

Who is Alicia Etheredge? Insight on her marriage with Bobby Brown, children, age, wedding, law, arrest and net worth