Updated On November 23, 2022 | Published By: Nirdesh maskey
Share this
Married 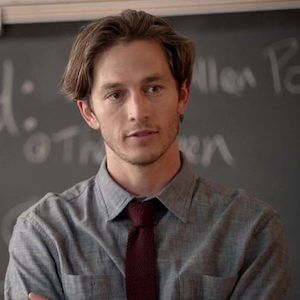 We don’t really have too many traditionally things. There is a breakfast that my mom makes when I do get to see her.

There is like a egg casserole dish that she makes and we have.. I have nieces now.

So now that I have nieces..it’s like, it’s all about them you know it’s really cute to watch them open presents. They gets tons of cool gifts.

Who is Bobby Campo married to?

She is a hair model and a brand ambassador for Cocre8 an educational organization. Besides that, she is fond of literature and frequently posts on social sites.

Who is Bobby Campo?

Bobby Campo is an American actor. He gained popularity playing the lead role of Nick O’Bannon in the 2009 horror film The Final Destination.

He is also famous for the movie Legally Blondes (2009), the MTV horror series Scream, and the movie Vampire Bats (2005).

Bobby Campo was born in Wheeling, West Virginia on March 9, 1983, to their father, Robert Camposecco, and his mother, Donna Camposecco.

His father works as a painting contractor while his mother is a make-up artist who has a network with various celebrities. Campo has a paternal grandfather, Bob Campo, who was a former radio personality in Wheeling.

He has a younger sister Julia Marie. She is married to Stephen Christian of the band Anberlin.

Campo is of descent of half Italian and half Polish(father) and English, Scottish, and German, (mother). His nationality is American.

Bobby went to Seminole High School. He had an interest in movies and was also a student at the Performers Studio Workshop in Tampa, Florida.

He enjoys rock climbing, cycling, and soccer and loves listening to music, especially when at work.

Bobby Campo is an actor. He is currently working on his new TV series Sharing Christmas. He made his ambition clear and started to seek his ambition.

As a sidekick, he used to do training on acting. It didn’t take too long, soon enough he appeared on the cover of Throne Magazine and was featured in an American fashion and lifestyle magazine i.e L’Uomo Vogue.

He was seen in several short films Queen in 2011 and A Conversation About Cheating with My Time Travelling Future Self in 2012.

He was given credit by Amazing Stories’ Chris Garcia saying his acting was ‘pitch-perfect‘ and “does an excellent job playing both sides of the same coin.”

For his great work, Campo was cast for the third season of the supernatural drama TV series Being Human. Last year, he appeared in a television commercial for the Lexus CT.

This actor’s estimated net worth is 20 million dollars. But his salary and other incomes are not disclosed.

His biceps are 14 inches. He has brown eyes and brown hair.

In addition, he is very popular on social media specifically on Twitter.

Looking back, Christmas was happy as ever!! One of the good memories to recall is Bobby Campo entertaining us through Hallmark’s Sharing Christmas!!