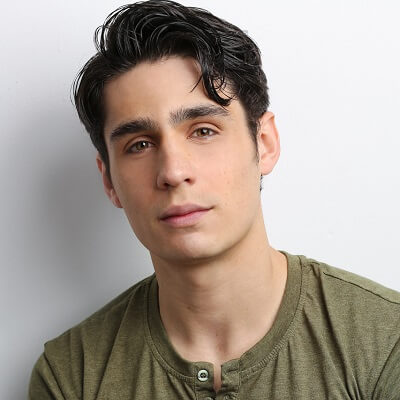 What is the relationship of Bobby Conte Thornton?

Bobby Conte Thornton is single. He is not involved with anyone as of 2020. He is very much focused on his career as an actor. His Instagram comment sections are filled with girls adoring him but so far, he has not revealed his girlfriend, if he does have one. He has stayed very private regarding his personal life.

Also, there is no information about his previous relationships.

Who is Bobby Conte Thornton?

Bobby Conte Thornton is an American actor. He is best known for his work in ‘If Beale Street Could Talk’, ‘Unbreakable Kimmy Schmidt, and ‘A Bronx Tale.’

Bobby Conte Thornton was born in 1995 in California, the United States of America. As of 2020, his age is 25. He has not revealed his exact date of birth and place. His mother‘s name is Lisa Conte.

However, there is no information about his father. Similarly, he has not revealed anything about his siblings and other family members. During his childhood days, he used to watch a lot of movies and shows.

He was interested in the show business from a very young age. His favorite movie as a teenager was ‘Saving Private Ryan’.

His ancestry is Scottish, English.

Talking about his educational background, he went to the University of Michigan. He graduated from there in 2015 with a BFA degree.

Bobby Conte Thornton starred in Les Miserables at the Muny and Grease at Paper Mill Playhouse while pursuing his degree at the University of Michigan.

One of his main New York Theater credits includes Richard Maltby Jr.’s My Fair Lady. Also, he has starred regionally, too. He has starred in Two River Theater’s all-male A Funny Thing Happened on the Way to the Forum. Furthermore, he also featured in the world premiere of A Comedy of Tenors directed by Ken Ludwig.

He came to the limelight with his Broadway debut in ‘A Bronx Tale as Calogero in 2017. He was the lead in the critically-acclaimed musical. His performance was spectacular and it earned him a lot of fame. Since 2020, he has been starring as P.J. in the Broadway, ‘Company’.

He appeared on TV in Unbreakable Kimmy Schmidt and Madam Secretary. His upcoming show is the CBS military legal drama, ‘The Code‘.

What is Bobby Conte Thornton’s net worth?

Thornton has an estimated net worth of around $100k as of 2020. His net worth is expected to grow as he is seen as one of the best young Broadway actors right now.

His performance in ‘A Bronx Tale’ was loved by the audiences and the critics. He has a bright future ahead both as an actor and a singer.

There is no information about his salary. The average salary of a Broadway actor is $61k per year.

Thornton has black hair and brown colored eyes. He stands tall at a height of 6 feet 2 inches. He has not revealed his weight. However, there is no information about his shoe size, etc.

You may also like to read the Bio, Age, Body Measurements, Net Worth, Career, Relationships, Social Media, and more about Kellie Overbey, Nick Cordero, Emma Stone, and more.