Updated On January 5, 2023 | Published By: Brandy Stratton
Share this
Married 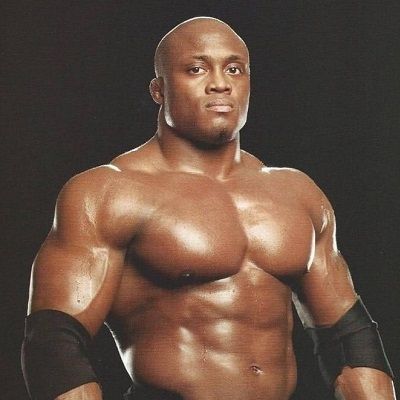 My family comes from Panama, and I grew up in a single parent household with my mother, who barely spoke English. She couldn't get a good job, yet there were four of us for her to raise

I don't spoil myself on extravagant cars or spending money on jewelry. So I save a lot of the money I have

However, Lana and Bobby managed to complete the ceremony on the next episode of RAW on January 6, 2020.

Previously, he dated the former WWE Diva Kristal Marshall with whom he has two children.

In April 2010, Bobby and Kristal broke up and it was announced via Twitter.

If there is any detailed info about there relationship status then it’ll be updated.

Who is Bobby Lashley?

Bobby is a mixed martial artist signed to WWE. He won a total of eleven championships among which six were World Championships.

Franklin Roberto Lashley was born on 16th July 1976 in Junction City, Kansas, United States. He is the son of Mr. Lashley and Clara Lashley.

His father was a United States Army drill sergeant so he moved from one military base to another during his childhood.

Bobby attended Fort Riley Middle School, Kansas where he was introduced to amateur wrestling in seventh grade as an off-season alternative to football.

He graduated with a bachelor’s degree in human-service agency management and recreation administration from Missouri Valley College in Marshall, Missouri.

In November 2004, Bobby Lashley signed a developmental contract with World Wrestling Entertainment and was assigned to the development territory, Ohio Valley Wrestling.

It was mid-2005 when Bobby appeared at four live events including dark matches for both the Raw and SmackDown! brands.

Likewise, on 23rd September 2005, he made his televised WWE debut on SmackDown! under his real name.

On 6th January 2006, he became the first SmackDown! wrestler to qualify for that year’s Royal Rumble.

On 14th November 2006, he moved to the ECW brand and debuted by signing a contract for the final spot in the Extreme Elimination Chamber match for the ECW World Championship.

Likewise, Bobby was selected by Donald Trump to represent him in a “Battle of the Billionaires” match, against Vince McMahon’s representative, Umaga.

On 13th December 2008, he made his mixed martial arts debut at the Mixed Fighting Alliance.

Similarly, he won via TKO (cut) over Joshua Franklin in 41 seconds of the first round. On 18th February 2011, Titan Fighting Championship announced that Bobby had signed their contract.

He has an estimated net worth of $4 million US. His annual salary is around $1 million US.

Bobby Lashley has black eyes and is bald.

You may also read the age, parents, career, net worth, body measurements, and social media of Billie Kay, Paige (wrestler), and Anna Kournikova