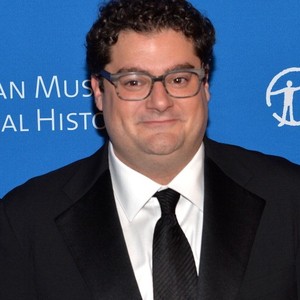 I think I'm a big kid at heart, so I get very excited around the holidays

I was a bartender at a Pizzeria Uno's for nine years. The people I worked with were amazing, but it was quite possibly the most miserable time of my life

My dad is quite possibly the biggest Giants fan in the world. I believe he wore a Phil Simms jersey to my high school and college graduations.

Bobby Moynihan is a married man now. He is married to the famous Broadway actress Brynn O’Malley. Bobby was in a relationship with Brynn for a long period of time before getting married.

He married his long-time girlfriend Brynn in August 2016. The couple has been together for several years and married for less than a year now. They are living a happily married life and there is no sign of separation at all.

Who is Bobby Moynihan?

Bobby Moynihan is an American actor, voice actor, and comedian. He is best known as a cast member on Saturday Night Live from 2008 until 2017.

He is also famous for voicing the title character in the FX series Chozen and the character Panda in the Cartoon Network series We Bare Bears.

Bobby Moynihan was born on 31 January 1977, in Eastchester, New York, USA. His parents are Robert Moynihan Sr. and Julie Moynihan. He attended Eastchester High School. After that, he enrolled at the University of Connecticut, from which he received a degree in theater. His nationality is American and he is of Irish ethnicity.

After graduating from the University of Connecticut, Bobby began performing with various sketch comedy groups in New York City. He was a frequent performer with The Upright Citizens Brigade Theater.

He also performed with Derrick Comedy sketch group. Bobby frequently collaborated with two other performers in a sketch comedy trio called “The Buffoons“.

In mid-2008, Moynihan had a supporting role in the popular web series The Line. During the summer of 2008, Moynihan featured in a national television ad campaign for ESPN Radio. He was a cast member on Saturday Night Live from 2008 until 2017.

From 2013 to 2015, Booby voiced several characters in The Awesomes. Since 2015, he voices the character Panda Bear in We Bare Bears and character Hal in Nature Cat. His movies The Book of Henry, The Nut Job 2: Nutty by Nature, and Why We’re Killing Gunther are under post-production. Moynihan will voice the character of Louie in the Disney XD revival of DuckTales in 2017.

He has a net worth of 4 million dollars. However, Bobby’s salary is unknown.

He has a height of 5 feet 7 inches tall and weighs 76 kg. He has dark brown hair color and eye colors. His body measurements, dress size, shoe size, etc. are unknown.