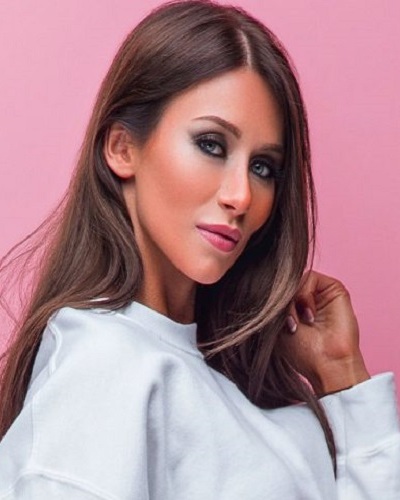 Singer Olly Murs has found a very beautiful and supportive girlfriend in Amelia Tank. She is a bodybuilding champion and the two are in a happy space now. Olly became a successful singer after his time on the show X-Factor. He also got the position of a Judge on the show Voice UK. And then he found love in Amelia. Who is Amelia Tank? Let us find out more about her.

Who is Amelia Tank?

Amelia Tank hails from Plymouth. She is a city worker and a bodybuilder. She is a fitness freak and 27 years old. She is into fitness and exercise. And her record states that she trains two times a day three times a week to keep herself fit. Her workout includes weight lifting and also high-intensity training.

Amelia had participated in the 2013 London Marathon and managed to complete it successfully. She also has other awards to her credit. She had come first in the Bikini Tall and Miss Model category in the 2019 Miami Pro Champions. Additionally, Amelia had won the Bikini Babe Tall Class in the Pure Elite competition.

Amelia and her relationship with Olly

Singer Olly and Amelia had met on social media at the beginning of 2019. Her Instagram photos caught his attention and he was charmed by them. Soon, they communicated and began chatting online. They started a relationship but due to the busy schedules of Olly, they found it difficult to find time for each other. Therefore, there was a pause in the relationship for a few months.

Later, in the summer of 2019, the couple again rekindled their romance. Olly had told The Sun UK:

“She’s just a great person, full of love, she’s caring, sensitive, doesn’t suffocate me, lets me be me, loves the fact I’m cheeky and flirty and isn’t trying to change that. I love being around her. She’s one of my best mates and then she is my lover and girlfriend.”

They confirmed their romance on Instagram on New Year’s Day. Uploading a picture of them both, Olly had captioned it:

“2019 was a very positive year for me… winning The Voice with Molly, toured my album, had long overdue knee surgery, and met an amazing woman in the process!! 2020 I’m ready for ya! Love you all, and HAPPY NEW YEAR!!”

The further relationship timeline of the couple

After the confirmation of their relationship, the singer and Amelia had posted more pictures on their social media. On Valentine’s Day, the couple had a romantic getaway and uploaded photos of this trip. In one of the photo, he is holding her on his back and captioned the snap:

The couple is self-isolating together at his Essex home and the two are thoroughly enjoying this time together. Earlier, Olly was romancing property manager Francesca Thomas. This relationship lasted for 3 years before the two broke up in 2015. Additionally, he also had a brief romantic encounter with TV presenter Melanie Sykes in 2017. On Loose Women, he had talked about this: