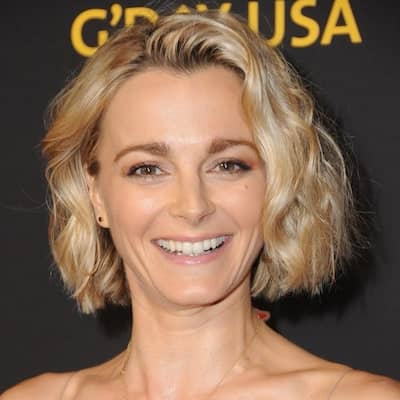 I need work. I still audition for work. I don't get offered things out of nowhere. I have to work hard, still, and I get a lot of rejections. It just goes on and on

I'd have to fight for an Australian role over an American actor, and I already have to do that overseas, so why would I have to do it back at home

I just want choices. It's not about making money and having a lot of friends in Hollywood

that's the last thing I want.

Bojana Novakovic’s relationship status is possibly single. The details of her boyfriend or affairs are not disclosed to the public.

But in the year 2013, she started a brief romance with Jason Segel that continued for a year. In 2015, she went on a romantic date with actor Keanu Reeves.

Who is Bojana Novakovic?

Bojana Novakovic is a Serbian-Australian actress. She is popular for her amazing performance on include Drag Me to Hell (2009), Edge of Darkness (2010), Devil (2010), etc.

Her upcoming project Friday Afternoon in the Universe is under the pre-production stage. Also, in 2020’s hit film Birds of Prey, she played the role of Erika.

Her birthdate is 17 Nov 1981 and she was born in Belgrade, Serbia, SFR Yugoslavia. The name of her mother is Biljana Novakovic and her father is Radovan Novaković.

Bojana’s ancestry is Serbian and has a younger sister Valentina Novakovic (actress).

As per the academics, she attended McDonald’s College and then went to the National Institute of Dramatic Art.

From the latter, she passed out with a bachelor’s degree in dramatic arts in 2002.

She was nominated by the Australian Film Institute for Edge Of Darkness (2010) and Film Critics Circle of Australia Awards for Burning Man (2012).

Her other popular big-screen projects are,

According to the data of 2021, she has accumulated a net worth of around $4 million US. The yearly salary from her acting career is difficult to calculate.

This Instinct star is keeping herself away from rumors and desperate scandals.

Bojana Novakovic’s height is 5 ft 4 inches and her body weight is 56 kg. In addition, she has hazel eyes and has hair in light brown color.