Known for Dog the Bounty Hunter and Dog and Beth: On the Hunt. 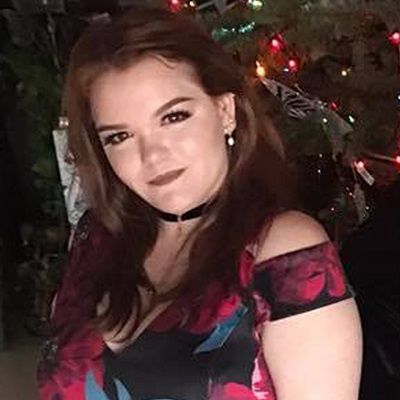 My mom was naked in the bathroom and told my dad to look at her. And he goes, ‘I am looking at you.’ And she goes, ‘No, look at me.’ And then she was standing there and she started gasping, and my sister came into the room and they called 911 immediately. And that was the last moment that we really saw her completely conscious.

She uses Jumiso products and supports them on Instagram. She is fond of makeup and shares different eye looks on Instagram.

Who is Bonnie Chapman?

Bonnie Chapman is an American producer, makeup artist, and TV personality. She is known for Dog the Bounty Hunter and Dog and Beth: On the Hunt.

She was born Bonnie Joanne Chapman on Dec 16, 1998, in Denver, Colorado, USA. Her father is Duane “Dog” Chapman and her mother was Beth Chapman, who died in 2019 due to cancer.

She has a Caucasian ethnicity. Her brother is Garry Chapman.

She educated from Sacred Hearts Academy in Hawaii.

In Oct 2019, Bonnie was hospitalized but the reason was not disclosed.

She posted a photo of her wrist with a hospital bracelet.

Bonnie is popular for the shows like Dog the Bounty Hunter and Dog and Beth: On the Hunt. She is a producer of these shows.

This is another reality show where the Chapman family improves the bail bondsmen’s business techniques and apprehends criminals.

This producer plus makeup artist has an estimated net worth of $1 million US.

She has a pair of black eyes and brown hair. Her height is 5 ft 5 inches and a weight of 59 kg.

Her Instagram has around 119k followers and over 55 posts.

Bonnie Chapman reveals what she did with her mother Beth Chapman’s ashes!