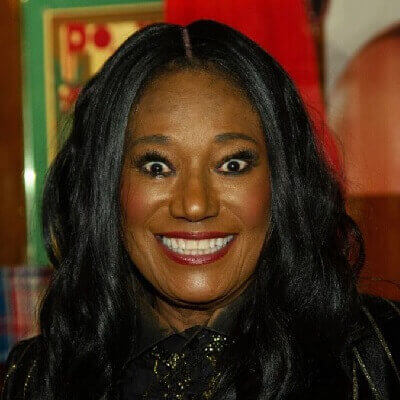 Bonnie Pointer was married on the 7th of December, 1978 to Motown Records producer, Jeffrey Bowen. The couple went strong for more than 20 years before officially divorcing in 2016. They had been separated since the early 2000’s but officially divorced more than 10 years later in 2016. A

lthough she was married to Jeffrey for a considerable amount of time, the couple has no children. Bonnie’s previous relationships are unknown and she did not have any children with any partners in the 69 years that she lived.

Who was Bonnie Pointer?

Bonnie Pointer was a famous American singer, best known as a member of the popular Soul/R&B vocal group, The Pointer Sisters. Although she is best known as part of the group, she scored several solo hits to her name even after leaving the group she and even composed soundtracks for a handful of movies. Unfortunately, she is no longer in this world as she passed away just recently in June of 2020.

Bonnie Pointer was born on the 11th of July, 1950 in Oakland, California, U.S. She was born to Elton Pointer (Father) and Sarah Pointer (Mother). She spent her childhood days alongside 5 siblings; 3 sisters and 2 brothers. Pointer later formed the group, The Pointer Sisters with the members being her and her 3 sisters, June, Ruth, and Anita.

Her nationality is American and her ethnicity is African American.

She lived to the age of 69 before passing away on the 8th of June, 2020 in Los Angeles, California. Her cause of death was confirmed as cardiac arrest.

Bonnie graduated from the Oakland Technical High School in 1968. Information on her further education is not available but it’s likely that she only studied till high school as her family was not particularly rich.

Bonnie Pointer formed a musical duo with her younger sister, June in 1969. The duo grew on to become a trio and later a quartet when their other two sisters, Anita and Ruth joined in. They took the name of the pointer sisters and their distinctive style of music got them signing with Atlantic Records. Their first album after all four sisters was in the band, went gold due to the success of the singles Yes We Can Can and Wang Dang Doodle.

Moreover, she also wrote one of the group’s most successful songs Fairytale which was released in 1974 as a part of their second album. Fairytale eventually won the group their very first Grammy for Best Vocal by a Duo or Group, Country.

She left the group in 1977 and went on to sign a solo deal with Motown Records. She released a couple of solo albums that were moderately successful and also composed for the soundtrack on the movie Heavenly Bodies. Bonnie also appeared as a guest in a handful of shows later in her career.

Bonnie had black hair and a pair of dark brown eyes. However, she had not revealed her physical attributes such as exact height or weight as she did not make it public and it is unlikely that her exact measurements will be revealed now that she has passed away.

Throughout her life, Bonnie Pointer accumulated a net worth of around $5 million. Her salary during her active years is unknown, and it’s very hard to estimate as well because the peak of her career was many years ago and her income source was not just singing.

Bonnie Pointer was not very much active on social media sites even prior to her passing and now that she has passed away there is no chance that she will be able to be reached. There are some fan accounts of the singer, however, since her death, no active official accounts of Bonnie pointer exist on any social media platforms.

You may also like to know more about the Bio, Career, Net Worth, Relationships, and more about George Segal, Jellybean Benítez, Gloria Loring, and more.