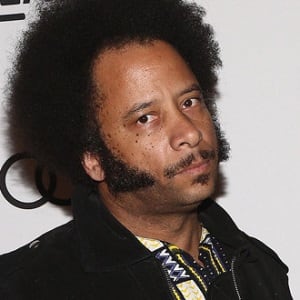 Boots Riley is currently in a relationship with musician Gabby La La with whom he shares a house. They have a child from this relationship. Additionally, Riley has other three children from his previous relationships.

Who is Boots Riley?

Boots Riley is an American rapper, songwriter, activist, film director, and producer. People mostly know him as the lead vocalist of ‘The Coup’ and ‘Street Sweeper Social Club’. He wrote his directorial debut feature film ‘Sorry to Bother You’ in 2018.

Riley was born as Raymond Lawrence Riley in Chicago, Illinois on April 1, 1971. He was born to parents Anitra Patterson and Walter Riley. Riley developed a keen interest in politics and music since his childhood years. Additionally, he joined the International Committee Against Racism at age 14. He is of American nationality. Furthermore, he belongs to the African-American ethnic background.

Talking about his education, there is no detailed information available regarding Riley’s educational background at present.

Riley founded the political hip-hop group ‘The Coup’ in 1991 alongside E-roc. Additionally, he and other hip-hop artists created the Mau Mau Rhythm Collective in 1991. With ‘The Coup’, Riley has released six albums, ‘Kill My Landlord’, ‘Genocide & Juice’, ‘Steal This Album’, ‘Party Music’, ‘Pick a Bigger Weapon’, and ‘Sorry to Bother You’. In addition, with Street Sweeper Social Club, he released ‘Street Sweeper Social Club’ in 2009.

Riley has also appeared in movies and TV series like ‘The North Pole’ and ‘America is Still the Place’. He is the writer and director of ‘Sorry to Bother You’ which was released in 2018. He was named one of the 10 most influential people of 2002 by the Vibe Magazine in 2003. Additionally, he joined ‘Rage Against the Machine’ and ‘Audioslave’ to be part of the ‘Tell Us the Truth Tour’. He has also toured heavily with New Orleans-based band ‘Galactic’ in 2007 and 2008.

Riley won the Politiken’s Audience Award in 2018 for ‘Sorry to Bother You’. Furthermore, he has also garnered the Audience Award nominations in Gotham Award.

Riley has not revealed his current salary. Additionally, there are no details available relating to his estimated net worth at present.

Riley’s comments about Spike Lee’s movie ‘BlacKkKlansman’ attracted several criticisms. At present, there are no rumors concerning his life and career.

Talking about his body measurement, Riley has a height of 5 feet 7½ inches (1.71 m). Additionally, his hair color and eye color is dark brown.