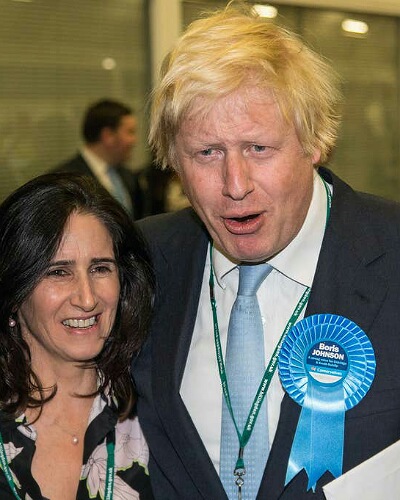 The current PM of the UK, Boris Johnson and estranged wife Marina Wheeler are preparing to complete their divorce proceedings after reaching an agreement over money. Boris is the first PM to take divorce while in office.

Boris Johnson to end his marriage

The British PM and his estranged wife of 26 years Barrister Marina Wheeler have reached an agreement over money and would soon complete the divorce process. On Tuesday 18 February 2020, a family court approved the financial settlement of the couple. The court has granted permission to Marina to now apply for a divorce decree which will legally end their marriage.

Neither Boris nor Marina were present for the court hearing. The hearing took place in private in the central family court of London and lasted for 10 minutes. Members of the public were barred from the hearing but the Judge allowed the journalists to attend it. The ex-couple’s lawyers represented them at the said hearing. Lucy Stone QC was Marina’s attorney at the Tuesday’s hearing. While solicitor Neil Russell based at law firm Seddons represented Boris.

Boris is the first PM of the UK to divorce while in office. Earlier way back in 1769, an act of the Parliament had granted the Duke of Grafton a divorce when he was the PM.

What the family court judge ruled?

Sarah gave Marina the green signal to apply for the decree absolute. It will then end their marriage and has to be done within 12 months of grant of the initial divorce nisi. If applied after 12 months, the reason of the delay should be mentioned.

Marina is the daughter of BBC journalist Charles Wheeler. She and Boris were at the European School in Brussels. The two families also knew each other since a long time. Boris married Marina 12 days after his first 1987 marriage was annulled in 1993. His first wife was Allegra Mostyn-Owen, who is daughter of the art historian William Mostyn-Owen and Italian writer Gaia Servadio.

And five weeks after their marriage, the couple’s first child was born. Together, they have four children-two daughters and two sons.

But Boris had been unfaithful to his wife. In 2000-2004, he was in an extra-marital relationship with Spectator columnist Petronella Wyatt. Petronella carried his children two times but terminated the pregnancies on both occasions. In 2006, he had an alleged affair with Guardian journalist Anna Fazackerley. In 2009, Helen MacIntyre, an arts consultant delivered his child. He tried hiding the existence of this daughter but his injunction application to ban its reporting was turned down. In 2013, he also had a sexual relationship with American technology entrepreneur Jennifer Arcuri.

Click to read on The USA visa for Carrie Symonds, the girlfriend of British PM Boris Johnson rejected! Know the reason! Will 10 Downing Street intervene?

In September 2018, the couple Boris and Marina announced their separation. And the divorce will get final soon. He is now in a relationship with Carrie Symonds who is daughter of co-founder of The Independent Matthew Symonds and Josephine McAfee, a lawyer.