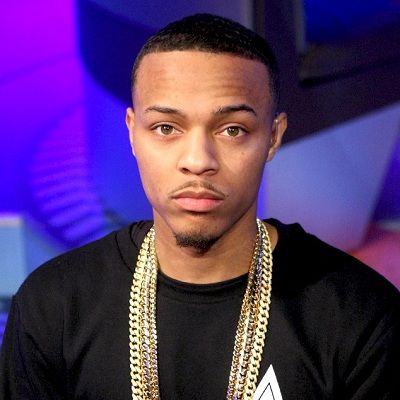 Dealing with the fame and going from nothing and becoming something where everyone wants a piece of you, your life changes in a day

I’m trying to become a young CEO, to brand myself in television and movies

I’m loving N.Y., and words can’t even describe how happy I am to be here

Who is Bow Wow?

He is an outstanding entertainer who has achieved worldwide recognition through his multifaceted talents.

Bow Wow was born on March 9, 1987, Columbus, Ohio, the U.S. He was the son of Teresa Rena Caldwell (née Jones) and Alfonso Preston Moss.
Bow has one sister named Erica Caldwell. He belongs to American nationality. There is no information about his ethnicity.

There is no information about his academics background.

In 1993, when he attended the Chronic Tour, where eminent rappers like Snoop Dog and Dr. Dre were performing. He was called to perform on stage from among the audience and he was very enthusiastically shown his rapping skills.

Snoop Dog called him backstage and declared that he wanted Shad to do the opening act for the rest of the tour and he gave him the stage name ‘Lil Bow Wow’.

Bow Wow had gladly accepted the offer and started to perform around the US. Meanwhile, in 1999, his song ‘The Stick Up’ with Jermaine displayed on the soundtrack of the movie Wild Wild West. At the age of 13, he released his debut album titled ‘Beware of Dog’ in 2000 which became a massive hit with record sales of more than 3 million copies till 2009.

The album included hit songs with Jagged Edge ‘Bounce With Me’ featuring R&B group Xscape, ‘Ghetto Girls’, and ‘Puppy Love’. Following his first album’s profitable success, he released his second album titled ‘Doggy Bag’ in 2002 with So So Deff label. The album combined the song that featured in the soundtrack of his film ‘Like Mike’ and hit songs like ‘Thank You’ and ‘Take Ya Home’ including his ‘Basketball’.

In 2003, Shad at 16 years dropped his ‘Lil’ stage name, joined Columbia Records leaving So So Deff, and released his next album entitled ‘Unleashed’. The single of the album ‘Let’s Get Down’ presenting Birdman peaked at 14th position. Shad composed and played the role of executive producer and used more contemporary sounds in the making process of this album.

In 2005, the rapper’s fourth album ‘Wanted’ released with Sony Urban Music/Columbia label and received the Platinum certification. In collaboration with Omarion, the songs titled ‘Let Me Hold You’ and ‘Like You’ featuring his then-girlfriend Ciara.
Bow next released his fifth album titled ‘The Prince of Fame’ in late 2006 which included songs like ‘Shortie Like Mine’, ‘Outta My System’ and ‘I’m a Flirt’. This album received Gold certification, charted at 6th position on US Billboard 200, and sold over 262 thousand copies in the first week.
In 2007, Wow in collaboration with singer Omarion next released an album titled ‘Face Off’ and it received a gold certification and sold over 107 thousand copies in the first week. His recent album ‘New Jack City II’ was released in 2009 and it achieved 16th position in the US Billboard 200.
Bow released several mixtapes like ‘Greenlight’3, 4 and 5, ‘I’m Better Than You’, and the latest ‘Ignorant Shit’ between 2009 to 2016. In 2010, he also released a compilation album titled ‘The Very Best of Bow Wow’. Shad Moss aka ‘Bow Wow’ confirmed on social media that NYLTH will be his last album as he intends to resigned from rap-music by the age of 30.
This album is being executively produced by himself and Snoop Dogg. Also, this album will be followed by a movie. At present, he is concentrating on his acting skills and performance as a TV host. Bow Wow has plans to present two TV shows.

In 2001, Bow Wow won the BET viewer’s choice award and Billboard Music Award for Rap Single of the Year for his ‘Bow Wow (That’s My Name)’. As Lil Bow, he won the favorite male singer prize Kid’s Choice Awards in 2001 given by Nickelodeon.

Shad has an estimated net worth of $2 million as of 2020. Currently, we don’t have enough information on Monthly/Yearly salary.

There is a rumor that young rapper Lil bow wow’s bodyguard raped him and bow wow had to get stitches in his bum.

He was also rumored to be having affairs with Melody Thorton and Teairra Mari.

Bow Wow is 5 ft. 7 inches tall and he weighs 65 kg. His eyes brown in color and his hair is black in color. He may not be into bodybuilding but he is well toned.

In addition to Wow’s body statistics. His chest measures 38 inches, his waist is 30 inches and his biceps are 12 inches. Bow Wow wears a shoe of US size 10, European size 43, and UK size 9.5.