Posted by MarriedBiography Posted on October 16, 2019 | In Affair , Dating , Relationship
Share this

The personal trainer Kris Boyson, 30 is in love with Katie Price, 41. The two have been dating for quite some time now. But in between, Katie had a brief fling with the property dealer Charles Drury. She even took him to Turkey which upset Kris. But a source has revealed that Kris and Katie are back in a relationship. But this was after a mutual agreement of ‘open relationship’ was struck between the two. The complete details are here.

Kris Boyson and Katie Price-their decision for an open relationship

The latest in the relationship of Katie Price and her boyfriend, Kris Boyson is that the couple has reconciled again. But this time, they have opted for an open relationship. This means that despite coming together, they are free to have sexual relations with others. They decided on this since the mother-of-five has an insatiable appetite for sex.

An insider has told Heat Magazine that Kris has been a very understanding boyfriend. He is aware that Katie would not be fully loyal and committed to him. He does not expect her to be faithful to him. Kris also knows that she wants to have fun outside their relationship. But it seems he loves her so much that he does not mind her relationships with other men. Or is it the fame which he gets by staying with her? But he wants her to be honest to him about those relationships. The source said:

“She’s had to be honest and tell Kris she has an insatiable appetite for sex that often gets her in trouble.”

“They’ve agreed to an open relationship, although it is geared towards letting Katie do what she wants.”

Katie Price and her recent accusations on her exes

Katie has also uploaded a video on her Instagram in which she is having her hair styled and talking to stylist Mel about her former lovers. She told Mel:

“I wanted to do this test Mel, on looking at my exes, who they were before they met me and what they did. So now, they’re not with me and the difference of their lives,”

“They have become Mr Price’s, tried to be famous, end up getting Instagram posts off the back of me, getting all jobs from me and being able to earn money from stories and all that with always mentioning my name.”

This upset Kris who in the comment section wrote to her 2.1 million followers:

Katie Price and her reply to Kris Boyson

Katie retreated what she said on seeing Kris’ comment. She responded by saying that she was talking of her ex-husbands namely Peter Andre, Alex Reid, and Kieran Hayler. She clarified:

“@krisboyson it was the ex husbands as they all had absolutely nothing at all when I met them but you my darling are perfect.”

Source: Mirror UK
The dutiful daughter! Love Island’s Anna Vakili says that she has made so much of money that her mother does not have to work anymore!
Tags : glamor model Model personal trainer 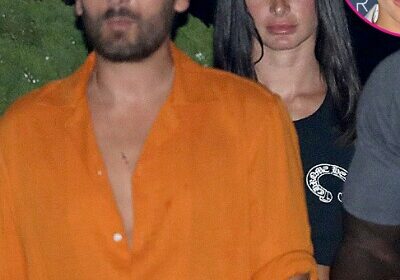