Who is Brad Dourif late wife and his children?

Brad Dourif married Janet Stephanie in 1973 who has now passed away. 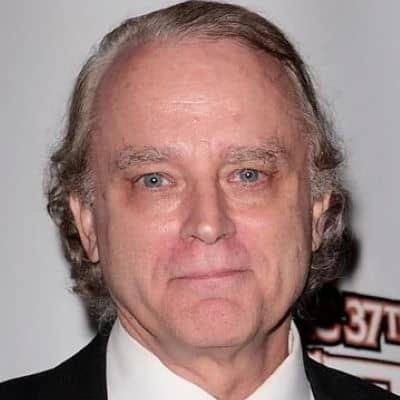 Who is Brad Dourif?

Brad Dourif is an Oscar, Globe Award, and BAFTA nominee actor for the film One Flew Over the Cuckoo’s Nest (1975), where he played Billy Bibbit.

Dourif received his Primetime Emmy Award nomination by working as Dr. Amos in the 2004 series Deadwood.

Dourif is the son of actress mother Joan Mavis Felton (Bradford) and father Jean Henri Dourif, a French-born art collector and owner of a dye factory.

His mother married Bill Campbell, a champion golfer after his father passed away. He then grew up with his brother and his four sisters with the care and support of his mother and foster father.

Dourif studied at Aiken Preparatory School in Aiken, South Carolina from 1963 to 1965 to find himself interested in arts and acting similarly to his parents.

He then graduated from  Fountain Valley School in Colorado Springs in 1968. He is also a dropout from Marshall University and an acting student in New York City.

A legendary actor like Brad Dourif has seen cinema grow gradually from 1975 and till 2022 he has managed to contribute to the field with all he has.

Dourif had an amazing start with the role of Billy Bibbit for multi-award nominee 1975 film One Flew Over the Cuckoo’s Nest, which got him a good exposure.

Likewise, Dourif has a bang at the start of 2000 by playing Grima Wormtongue in the 2002 film The Lord of the Rings: The Two Towers. In his recent 2021 film The Shuroo Process, he appeared as Dr. Feinstein which the audiences cherished.

The estimated net worth of actor Brad Dourif is around $ 6 million as of 2022. Further, Dourif has had a handsome salary from his hit movies and series as a whole and led a luxurious life.

Dourif has successfully managed to keep a low profile behind unnecessary rumors and controversies that could have impacted his 47 years long-acting journey.

Dourif stands 5 feet and 9 inches tall with grey hair, blue eyes, and a fair skin complexion. He weighs around 80 kg while his chest size, hip size, dress, and shoe size details are missing.

Tags : American Actor Deadwood One Flew Over the Cuckoo's Nest