Brad Falchuk is one of the American television screenwriter, director, and also the producer.

Brad Falchuk is in a relationship. He is dating an Oscar-winning actress Gwyneth Paltrow from 2018.

Previously, he was a married man. He was married to Suzzane Buknik. The couple tied the knot on 8th January 1994. She is working as a producer. The couple shares two children together. They have a daughter Isabella Falchuk and a son Brody Falchuk.

Unfortunately, they got divorced in 2013. Falchuk began dating actress Gwyneth Paltrow in 2014, whom he met on the set of Glee in 2010. Paltrow and Falchuk announced they had become engaged on January 8, 2018.

In July 2018, the couple announced their “private and small” wedding would be held in September 2018, in The Hamptons, New York, on Long Island, which has since taken place. 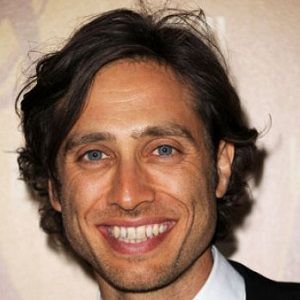 Who is Brad Falchuk?

Brad Falchuk is an American television screenwriter, director, and also producer. He is also famous as the writer of the popular television anthology series ‘American Horror Story. He is also popular for co-creating the popular show working with Ryan Murphy.

He has written as well as directed many other television shows like ‘Scream Queens.’ A Republican by heart, Falchuk co-founded the arts education nonprofit ‘Young Storytellers’ that operates primarily from Los Angeles.

Brad grew up in Newton with his brother Evan Falchuk. Falchuk suffered from undiagnosed dyslexia. Being an athletic boy, he used to play several sports like baseball and basketball in his childhood.

Falchuk completed his high school education at Beaver Country Day School and later attended AFI Conservatory. Then he studied at Hobart and William Smith Colleges and then have his graduated in 1993.

Then in 2003, he wrote one episode of ‘Veritas: The Quest’. As he has written a different script, he was hired by Ryan Murphy. Working with Murphy, they developed a nice bond, and Falchukget different bigger roles in the show through him.

He started to work as a co-producer and later as an executive producer in different shows. Moreover, he directed four episodes between 2007 and 2009.

Falchuk and Murphy were growing their bond and decided to work on a different kind of genre. They came out with ‘Nip/Tuck’ and it was one of the most successful. They also assisted Ian Brennan in his hour-long script of a comedy show.
The show was so hit and received much success and praise. And the trio decided to convert it into a television show. The resultant series, ‘Glee,’ was a huge success, and Falchuk, along with the two others, received two Writers Guild of America Award nominations for Best New Series and Best Comedy Series.

Falchuk worked out with Murphy again for the other big project.  They decided to create an anthology series and ‘American Horror Story’ premiered in 2011. The show was so popular and received a great hit. It was able to receive 17 Primetime Emmy Award nominations. He has also co-produced the ‘American Crime Story. Moreover, he directed one of the horror-comedy anthology series titled  ‘Scream Queens’.

Falchuk has done outstanding work and is always appreciated. He has totally been up to 27 nominations and has won three awards. He receives Outstanding Limited Series in 2016 and the Outstanding Producer of Long-Form Television in 2017. Likewise in TV Quick Awards UK 2010, he receives Best New Drama for his work in Glee.

Brad Falchuk: Salary and Net Worth

Brad is one of the popular personalities and has done different works. So he must have good earnings and his salary is unknown. As of 2022, his net worth is estimated at $30 million. HIs wife, Gwyneth Paltrow has more net worth than her husband with $60 million.

Brad must be doing well in his both professional and personal life. So he doesn’t fall under any of the rumors and controversies.

Brad stands with a height of 6ft or 183 cm. And he weighs 79 kg. He has blue-colored eyes and dark brown colored hair. His body measurement is unknown. His shoe size is 8(US).

Gwyneth Paltrow reveals that her marriage to Brad Falchuk had not one but two celebrity chefs!