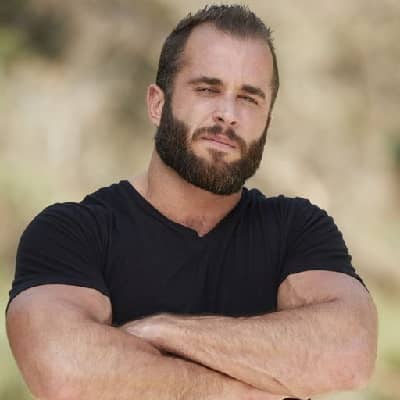 Brad Fiorenza’s relationship status is possibly single. He was once married to Tori Hall.

His ex-wife is a TV star and they wedded in the year 2016. Then in 2011 and 2015, this couple welcomed their two sons, John Brady Fiorenza and Chase Fiorenza respectively.

Who is Brad Fiorenza?

Brad Fiorenza is an American reality TV personality. He has participated in several seasons of The Challenge show.

In addition, he is also known for appearing in The Real World: San Diego (2004).

He was born as Bradley Peter Fiorenza on 11 Nov 1980 in Orland Park, Illinois, USA. The identity of his father is unknown and his mother’s name is also unknown.

Brad’s descent is Italian. Regarding academics, he attended Lewis University. From there he got his bachelor’s degree in accounting.

Brad Fiorenza has appeared in several seasons of the TV show Challenge. It broadcasts on MTV networks and has 36 seasons till 2021.

He participated in seasons like The Duel, The Gauntlet III, and The Duel II. He was the finalist of all these seasons.

In addition, he won Cutthroat season. The other chapters of The Challenge that he participated in are Sexes 2, The Inferno II, The Gauntlet 2, The Ruins, Vendettas, and Final Reckoning.

Besides this, Brad was seen in The Real World: San Diego. He participated in its 14th season against Jamie Chung and Cameran Eubanks.

He holds an estimated net worth of $1 million as of the year 2021. This star has not disclosed his salary and other incomes.

He has won an amount of $75,000 by participating in Cutthroat. Some popular TV star’s net worth is,

This TV star is at present keeping himself away from rumors or any desperate scandals.

Regarding Brad Fiorenza’s body features, his height is 5 ft 10 inches and his body weight is average in size. Moreover, the color of his eyes is dark brown and his hair is dark brown.