Brad Hall is an American actor, comedian, director, and writer. Brad Hall is married to Julia Louis-Dreyfus and a father of two.

Brad Hall is a married man. He is married to Julia Louis-Dreyfus. His wife is an American actress, comedian, and producer famous for her work in Saturday Night Live, Seinfeld, The New Adventures of Old Christine, and Veep With eleven Emmy Awards to her name, she is one of the most awarded actresses in American television history.

The couple first met while they were both students at Northwestern. The couple performed together on Saturday Night Live and guest-starred together on two episodes of Curb Your Enthusiasm. They exchanged wedding vows on 25 June 1987.

From their marriage, they have two sons together: Henry Hall (born May 30, 1992) and Charles Hall (born July 1, 1997). His youngest son was a walk-on for the Northwestern Wildcats men’s basketball team 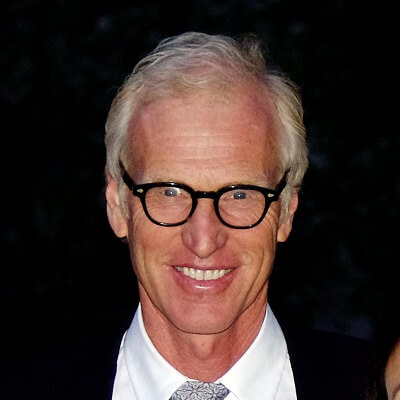 Who is Brad Hall?

Brad Hall is an American actor, comedian, director, and writer. He is famous for his work on Saturday Night Live, Brooklyn Bridge, A Bug’s Life, and Picture Paris.

Brad Hall was born William Bradford Hall on March 21, 1958, in Santa Barbara, California, USA. As of 2020, his age is 62. There is no information about his parents. Similarly, he has not revealed anything about his siblings and other family members.

As a child, he was an avid surfer as a child and has claimed that he learned how to surf as soon as he could walk. He spent his childhood days in California and his ethnicity is Caucasian.

Talking about his educational background, he studied at Northwestern University in Evanston, Illinois. While studying there, he co-founded the Practical Theatre Company.

From 1982 – 1984, Brad Hall was a series regular in the popular TV series, ‘Saturday Night Live’ appearing as himself and various other characters. In 1986, he made his film debut with ‘Troll’ as William Daniels. Following that, he made appearances in several TV shows such as CBS Summer Playhouse, Empty Nest, and Day by Day. He then wrote an episode of the TV show, American Dreamer in 1990.

He then worked as a Creator, Writer, and Executive Producer in 44 episodes of The Single Guy from 1995 to 1997. Moreover, he also wrote two episodes of Curb Your Enthusiasm.

From 2002, he started working as a Creator, Writer, and Executive Producer in Watching Ellie. He worked in the series for a year and in 19 episodes.

Some of his movie credits include Worth Winning, Limit Up, The Guardian, Bye Bye Love, A Bug’s Life, Must Love Dogs, etc.

Hall is 6 feet 2 inches. He has blond hair and a pair of blue eyes. He has not revealed his weight.

Brad Hall has an estimated net worth of over $10 million as of 2022. He has earned a good amount of money from his long career as an actor, writer, and director.

Although he has not revealed his salary, on average, American actors, writers, and directors earn around $40k, $72k, and $90k per year respectively.

Hall has not been involved in any controversies. He has been able to keep himself away from any type of controversy and scandal. So far, he has not done anything controversial in his career.

He has been able to keep his profile clean and is a very respected person in the industry. Similarly, there are no rumors about him of any kind.

Hall is not active on social media sites. Aged 62, Brad likes to keep his personal life private and is not interested in the world of social media.

You may also like to read the Bio, Career, Body Measurements, Net Worth, Social Media, Relationships, and more about Troy Polamalu, Kelly Clarkson, Julia Louis-Dreyfus,  and more.