Who is Brad Ingelsby wife?

His marital status is married. As per the sources, he tied the knot with Lindey. They are blessed with three children Lily, Luke, and Henry.

There is no more information about his relationship as well as he has not revealed any info about his past dating life. 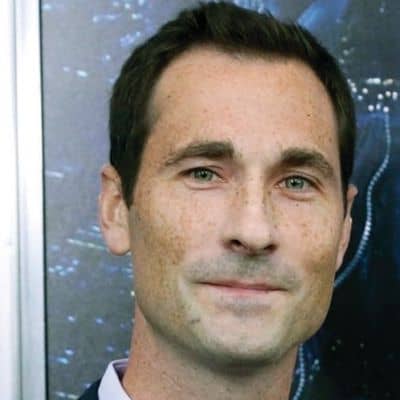 Who is  Brad Ingelsby?

Brad Ingelsby is a screenwriter and film producer from America. He is well known for writing the famous American crime drama Mare of Easttown limited aired on HBO.

Moreover, he is the son of famous basketball player and coach Tom Ingelsby and Rose Ingelsby.

He holds an American national identity and his ethnicity is European-American. According to his astrologist’s birth chart, his sun sign is Capricorn.

He was born to his father Tom Ingelsby, a basketball player and coach, and mother Rose Ingelsby. Brad’s elder brother  Martin Ingelsby is also a basketball coach. Ingelsby grew up in Berwyn, Pennsylvania.

Talking about his educational background, he attended Archbishop John Carroll High School. Also, he earned a bachelor’s degree and graduated from Villanova University.

He was the teacher of St. Patrick’s School in Malvern.

As a graduate student in screenwriting, he attended the  American Film Institute. Along with that, after his first year, he worked at Ceder Point Amusement park and came up with a story about a character that was released from jail.

Further, he wrote, “The Low Dweller” based on this story. After he returns to Pennsylvania, he was that Leonardo DiCaprio wished to star in this film and Ridley Scott wanted to direct it.

In addition, In 2013, The low Dweller was rewritten by Brad Ingelsby and came out as ” Out of the Furnace” starring famous actors Christian Bale and Woody Harrelson.

In 2020, The Way Back was released and written by Brad and it featured Ben Affleck. It is based on a spec script titled “The Has-Been.

Mare of Easttown is written and produced by brad Ingelsby that aired on HBO TV.

Talking about his earnings, his net worth is approximately $ 16million dollar.

Further, his weekly earnings and annual salary are missing.

There is no information about brad Ingelsby being involved in any Rumors and Buzzes.

Also, he maintains his low profile and doesn’t mix his personal and professional life.

His height and weight measurement are under review. Moreover, he has not revealed any information about his exact height, weight, and body measurement.

He has a fair skin tone with blue pairs of eyes and brown hair color.

There is no detailed information about his social media accounts.