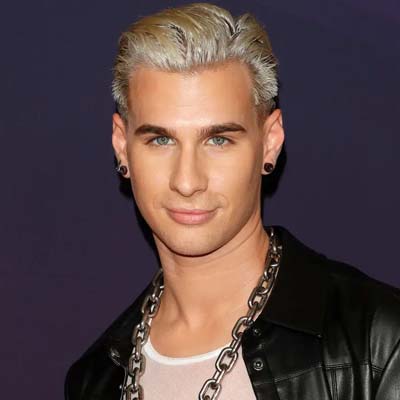 He has revealed about his sexuality that he is gay. Talking about his partner and relationship, he tries to keep low-key about his romantic life. Till 2021, has is not married or engaged with anyone.

Who is Brad Mondo?

Brad Mondo is the richest American celebrity hairstylist and stylish popular YouTuber with 7.12 million subscribers where he shares hairstyling videos.

Brad Mondo was born in Franklin, Massachusetts on October 28, 1994. His parents raised him with his brother Eric who frequently gets featured on his Instagram. He is always very close with his family members.

However, he has not revealed his education qualification. But he is a licensed hairdresser from two states in the USA, New York, and Massachusetts.

Brad’s father used to be a hairdresser, where he spent his time with his father watching him in the salon. In this way, he gained an interest in hairstylists. He worked for 10 years in a salon where he had good experience in styling.

Before starting his Youtube he was inspired by YouTubers like Jenna Marbles and Shane Dawson. When he was 12 years old, Brad upload his first video and continued until 22 years old. After this, he made a decision as Youtuber and started creating more content daily with a passion.

Brad Mondo earns impressive money from youtube as well as from his profession as a hairstylist. He has earned a net worth of around $4.5 million. Moreover, he also has an Online store called xmondohair where he sells hair products and makes good money.

This hairdresser created controversy by himself when he uploaded a video where he said that “he has a twin brother named Eric Mondo.”  For this, his followers become upset about trusting him.

Brad’s height of 5 feet 11 inches and his body weight is approximately 68 kg. He has eyes is brown in color and brown colored hair.