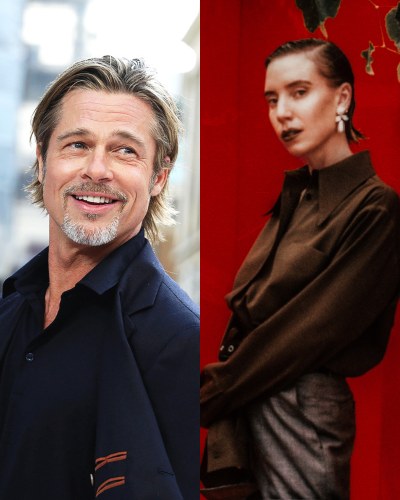 Brad Pitt and Lykke Li dating rumors have been all over after gossip account Deuxmoi spilled some tea. Is there any truth to it or is it just a canard? There are not many links between the two which might suggest that it is just false news but there might be chances of them covering their tracks and keeping it private.

Deuxmoi posted an Instagram story message for a person named Sasha Fierce claiming Brad is dating the Swedish singer Lykke. Brad has been single for a while and there are chances of the dating rumors being true. Fans are desperate for answers but there is not much known about it. There is nothing more to do than to wait for their next move and find out whether they are actually lovers or not.

Who is Lykke Li?

Lykke Li is a Swedish singer who has released four albums Youth Novels, Wounded Rhymes, I Never Learn, and So Sad So Sexy. In 2010, she was announced the official face of Levi’s Curve ID Collection. Similarly, she signed with the VIVA Model Management agency in 2012.

Li has a son named Dion born on 12th February 2016. The father of her son is musician Jeff Bhasker.

Also read Who Is Brad Pitt’s New Girlfriend Nicole Poturalski; Few Facts You Need To Know About The German Model!

Brad Pitt is a renowned American actor and producer. He has received multiple awards including Golden Globe-winner. Pitt becomes critically renowned for his role as Tyler Durden in the movie, Fight Club (1999).

He has also become famous for his on-and-off relationships with Jennifer Aniston and Angelina Jolie. Read more bio…

Did you know these celebrities Married Regular People? Anne Hathaway, Reese Witherspoon, and More!
Tags : Actor Once upon a time in Hollywood