Brad Silberling is a Humanitarian Award-winning scriptwriter, producer, and Director.

Brad Silberling is happily married to Amy Brenneman. His wife, Amy is an actress by profession. The couple first met in 1993 at the set of the TV series, NYPD Blue.

Later, they started dating each other. Eventually, the couple got married on the 30th of September 1995. Together, they are blessed with two children including a son, Bodhi Russell Silberling (b, 2015) and a daughter, Charlotte Tucker Silberling (b. March 20, 2001) 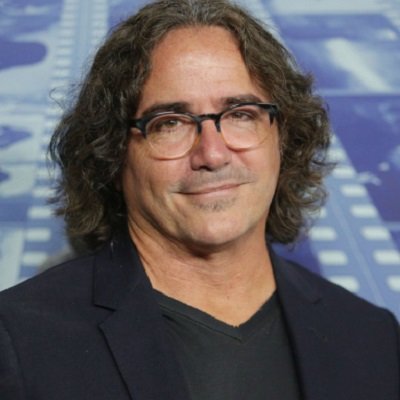 Who is Brad Silberling?

American Brad Silberling is a Humanitarian Award-winning scriptwriter, producer, and Director. He is renowned as the director of movies; the City of Angeles and A Series of Unfortunate.

Brad Silberling was born on September 8, 1963, in Washington D.C, U.S. His birth name is Bradley Mitchell Silberling. He is of British-Irish ethnicity.

Talking about his educational background, he is a graduate of the University of California, Santa Barbara with Honors in Arts majored in English. Later, he studied the UCLA Film School to study film directing.

Brad Silberling entered the entertainment industry after graduating from the University of California. In 1986, he started his career as a production assistant for a children’s program. Following year, he wrote and directed the short movie, Repairs.

Moving forward, he started directing the various TV series for the very limited TV series. The name of such series includes the series like The Antagonists, Doogie Howser, M.D, Civil Wars, and L.A Law. In 1992, he directed and produced the TV series, Great Scott which became a starting milestone in his career.

Later, in 1998, he directed the movie, City of Angels through which earned a reputation as a director.

Afterward, in 2002, he directed, wrote, and produced the movie, Moonlight Mile. For the romantic-drama, he earned nominations for the WAFCA Award and PFCS Award for his screenplays. The movie was based on the murder of his girlfriend, Rebecca Schaeffer.

Following that, he directed and produced movies like Land of the Lost,10 Items of Less, and Down Dog. Some of his production works along with the year are-

Currently, he is signed with ICM Partners.

Brad Silberling has brown eyes with a brunette and long hair. He stands at a height of 5 feet 6 inches and weighs around 71 kg.

As of now, he has not been through any sort of controversy and scandals that created a buzz in the media. Besides that, he has maintained a distance from any kind of rumors.