Brad Takei is a producer who is popular for producing. Brad Takai was in a same-sex relationship with his partner.

Brad Takai was in a same-sex relationship with his partner, George Takei. They are together from October 2005.

The couple exchanged vows on September 14, 2008, at the Democracy Forum of the Japanese American National Museum in Los Angeles.

As George is a Buddhist, they married at a Buddhist ritual performed by the Reverend William Briones. They were the first same-sex couple to apply for a marriage license in West Hollywood. 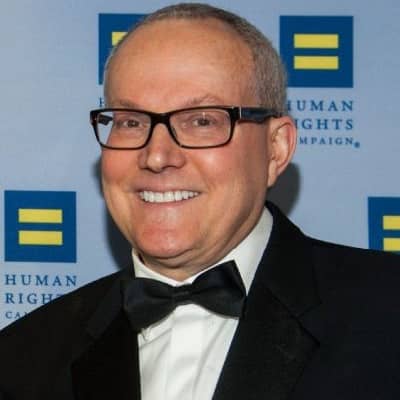 Who is Brad Takei?

Brad Takei is a producer who is popular for producing the show Takei’s Take. Being gay, he is an enthusiast of LGBT rights.

He is also more well known as the husband of former Star Trek Original Series star George Takei. He is an American actor, author, and activist.

Brad Takei was born on February 25, 1954, in the USA. His birth name is  Brad Eliot Altman. There isn’t much information regarding his family and siblings.

Brad belongs to American nationality and is of German ethnicity. Further, he hasn’t disclosed anything about his education too.

Brad Takei has built his career as a producer. He is well known for producing Star Trek New Voyages: Phase II in 2004. Further, he has worked for Whatever, the Series in 2011.

Brad along with his husband has appeared in a documentary short titled George & Brad in Bed in 2009. It showcased their relationship and the couple also has a guest appearance on NPR’s Wait, Wait…Don’t Tell Me!.

In 2011, he appeared in All-Star Mr & Mrs, a show on ITV in Britain presented by Phillip Schofield and Fern Britton.

Further, the stars alongside his husband in the YouTube web reality series It Takes is Two in 2015.

Brad and George have also appeared in a celebrity edition of The Newlywed Game season (2010–11). They were the first same-sex couple on that TV show, on the GSN cable network aired on October 13, 2009.

Additionally, they were able to win the game, winning $10,000. Later, they donate that money for their charity, the Japanese American National Museum.

Brad again with his husband became the second same-sex couple to appear on the British game show All Star Mr & Mrs. They losing it to rugby star Phil Vickery and wife Kate.

The exact net worth amount of Brad is not disclosed, Although he has good earning from his career and having a great lifestyle.

Likely, his husband, George has a net worth of around $12 million and has a salary of around $1.94 million.

Brad has maintained a good relation to all in his professional and personal life. Hence, the producer is far from any sort of rumors or controversy until now.

Brad Takei stands with a height of 5 ft and 6 inches and his weight is 75 kg. Looking at his pictures we can say that he has grey colored hair and brown colored eyes.

But, he doesn’t seem to be active on other social media platforms.