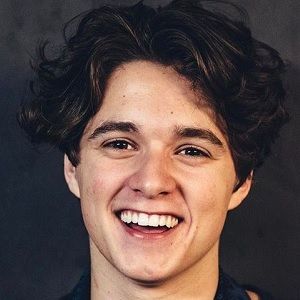 Bradley Simpson is currently single. And currently, there are no rumors or news about his relationship.

Bradley possibly was in a relationship with Lauren Jauregui. Despite many speculations from fans and media, they denied that they were dating each other.

And still, fans were not convinced about it. Also, it looked like, they were dating secretly. However, they were said to be separated in 2015.

Who is Bradley Simpson?

Bradley Simpson is a British musician. He is widely popular as the lead vocalist and guitarist of the British pop-rock band, The Vamps.

He has gained lots of fame as a member of the very band. Recently, they toured along with Sabrina Carpenter. In addition, their latest single is Personal which they released in October 2017.

Bradley William Simpson was born on July 28, 1995. The couple Anne-Marie Simpson and Derek Simpson gave birth to Bradley in Sutton Coldfield, UK. He also has a sister, Natalie Simpson.

Talking about his childhood, he was raised in his hometown. But as of now, he has not shared many of his childhood details and memories with us.

As regards Bradley’s academic qualifications, he is a high school graduate. And he went to Fairfax School, Sutton Coldfield.

And it looks as if, he has kept his academic career aside and is much more focused on improving his professional career.

Prior to forming his own band, Bradley Simpson was a YouTube personality. With some videos on YouTube, he already was starting to gain minor fame and fans.

After meeting with Connor Ball, Tristan Evans, and James McVey, the band The Vamps formed in 2013. They also released their first original song Wildheart and their first single Can We Dance in 2013.

With wide success and good support, they are now one of the trending artists in the UK as well as the US.

Bradley’s band is currently signed to Mercury Records. Some of the most notable songs of Bradley are Somebody to Know, All Night, On Cecilia, Can We Dance,  Found a Girl, and Wild Heart.

In addition, his band has collaborated with artists such as Demi Lovato, McFly, Selena Gomez, and many others.

As a lead vocalist and guitarist, he has received lots of fame and fans. And he has not let anyone down.

Bradley personally has not received any awards until now. However, his band has received The Hot Hits Awards, BBC Radio Teen Awards, Radio Disney Music Awards, Scottish Awards, and many others.

As a result of a successful career, Bradley has a net worth of more than $2.5 million. But we are not aware of the details regarding his salary.

There was a rumor in the past that he is dating Lauren Jauregui. Later, Lauren personally denied her relationship with Bradley. And as of now, there are not any controversial topics relating to Bradley.

Also, there are no rumors or news suggesting him to be gay.

Bradley Simpson is 5 feet 7 inches tall and weighs about 65 Kg. Furthermore, his chest, waist, and biceps sizes are 38, 30, and 12 inches respectively. In addition, he has brown eyes and brown hair.

The lead vocalist and guitarist of The Vamps, Bradley Simpson is having a hard time to find a date!! Know what he has to say about it! Also explore more of his relationships and his blind date!