Who is Bradley Walsh's Wife?

Bradley Walsh is in a happily married relationship with his wife Donna Derby. They tied the knot with each other in 1997. They are the parents of one son named Barney Walsh.

Similarly, he has a daughter named Hayley Walsh from his past relationship. Hayley was born in 1982. No identity of his former lady is exposed to the media yet. 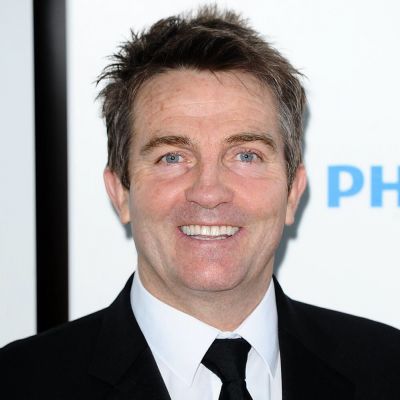 Who is Bradley Walsh?

He is mostly known for his role in reality television series titled Coronation Street, Law & Order: the UK, and Doctor Who. He is a former professional football player who ended his footballer dream after a severe injury.

Bradley Walsh was born in Watford, Hertfordshire, England on 4 June 1960. His nationality is British and currently, he is 61 years old. He is of mixed ethnicity and his birth zodiac sign is Gemini.

Walsh was born to his mother Margaret who is Scottish and Daniel who is English. He was brought up with his sister Kerri in Leavesden. He went to Francis Combe School, which is an extensive school in Garston, Hertfordshire.

He left the job when he was 16 years old and started to work as an apprentice at Rolls-Royce’s airplane machines manufacturer in Watford.

Bradley Walsh began his early football at the age of 18, by playing for Brentford. Similarly, he played for Barnet, Tring Town, Chalfont St Peter, and Boreham Wood. Later, he suffered from a serious injury to his ankle and ended his footballer dream.

On the 9th of September in 2007, Walsh became the host of 50 Greatest Stars Polls on ITV. Similarly, he hosted a countdown for the No.1 Soap Fan on ITV, Spin Star, The Chase, Odd One In, Crime Thriller Awards on ITV3, Come on Down! The Game Show Story, Keep it in the Family, and A Christmas Cracker.

He appeared as a guest host of The Nightly Show which aired on ITV from 3 to 7 April. Similarly, he hosted a late-night talk show named Bradley Walsh’s Late Night Guestlist. He also hosted Blankety Blank which aired on BBC.

Walsh released his first album, Chasing Dreams, and is ranked 10 on the UK Albums Chart. The album was able to sell more than 111,650 copies. Likewise, he released another second album titled When You’re Smiling which is a collection of his original track and traditional pop songs.

The net worth of Bradley Walsh is estimated to be more than 9 million USD. Looking at his career, we can say that there are various sources of his income.

Being a multi-talented personality, Bradley Walsh has been in the limelight. But, however, he has not been part of any serious rumors or controversies to date.

Bradley Walsh stands at the height of 5 feet 8 inches and weighs around 73 Kg. Similarly, he has a fair complexion with blond-ash mixed hair color and has blue-colored pair of eyes.

Bradley Walsh is present on Instagram with more than 904K followers while he has around 18.8K followers on his Twitter account. Likewise, there is an official Facebook page under his name with about 461K followers.