First-ever rider from the UK to win the Tour de France which he won in 2012. 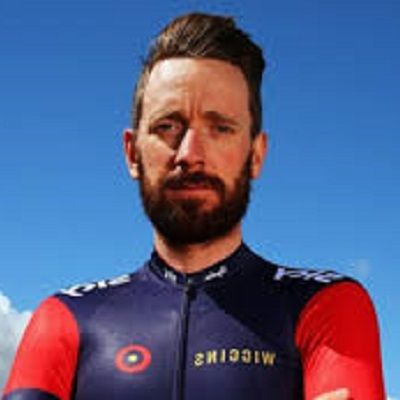 CSC and Bjarne Riis, who said something that’s stuck with me for ten years: his philosophy was ‘You never know how hard you can tighten something until it breaks’. Whether you are training, overtraining, or trying to get to your perfect race weight, you never know how far to push yourself until you actually break down

The challenges I’ve set myself throughout my career have been quite big, quite bold. There had to be a huge risk of failure, because that is what would make me think it was worth pushing myself. I’ve always felt that the bar had to be set really high, to make sure that I truly had to respect what I was doing

Cycling is quite a pure sport in that sense: it is mainly about suffering, whether you are climbing the Tourmalet, racing up Mont Ventoux, trying to survive in Paris-Roubaix, or doing a club ten-mile time trial on your local course. You’re just trying to hang on to a pace

They say he averaged 507 watts for the Hour so he just beasted it out for the 60 minutes. With what we know now about aerodynamics and the power Miguel could produce it’s frightening to think what he could have done for an Hour if he had sat a little bit better on his bike

where each rider was placed in the line, the kind of schedules.

Bradley Wiggins is a married man. He met his wife Catherine in school as a junior. However, nothing happened between the two in school. After several years, the two started getting in contact. In 2002, the pair started dating each other. Two years later, in November 2004, the pair got married.

The couple now has two children together. They have one son and one daughter whose names are Ben Wiggins and Isabella Wiggins. Currently, they live in Eccleston, Lancashire which is very close to the Sky cycling HQ.

Who is Bradley Wiggins?

Bradley Marc Wiggins, MBE is a Belgian-born British cyclist. He was the first-ever rider from the UK to win the Tour de France which he won in 2012.

Bradley was born on April 28, 1980, in Ghent, Belgium. He was born to an Australian father, Gary Wiggins, and a British mother, Linda. In addition, his father was a professional Australian track cyclist.

Wiggins also has a younger half-brother whose name is Ryan from his mother and her partner Brendan. Unfortunately, there is no information about his ethnicity. However, his nationality is British.

Bradley studied at St Augustine’s junior school. After that, he attended St Augustine’s Church of England High School in Kilburn. His mother was the secretary of the school.

Wiggins started racing on the venerable parts of south London 10 years later and made his name as a talented rider. First, at the national level, and after that, he became part of the fast-developing British track team which was based in Manchester.

In addition, in 2000 at the Sydney Olympic Games, Wiggins won his first medal after he came third. Also, he excelled in the 4-km individual pursuit, winning a gold medal in the event and another bronze. Afterward, he defended his title at the 2008 Games in Beijing, where he won gold for Great Britain.

In 2009, he was taken seriously as a potential Tour winner. After switching to Team Sky, he took time to settle into his new role as the team leader. He finished 24th in the 2010 Tour de France. Moreover, he also crashed out of the race in 2011.

In the 2012 road-race cycling season leading up to the Tour, he won the Paris–Nice, the Tour de Romandie, and the Critérium du Dauphiné. These three are the biggest races of the calendar tear. Wiggins entered as a favorite for Tour de France and confirmed his historic win on the second last stage of the 23-day race after almost 3,500 km.

Famously, his victory was widely regarded as proof that the world’s toughest bicycle race could be won without the use of artificial performance enhancers. Moreover, Wiggins became an example.

After some time, Wiggins competed at the 2012 Olympics in London where he won a gold medal in the time-trial event. This made him the first Tour de France champion to win Olympic gold on the track.

Similarly, he also became the only person to win the Tour and win a gold medal in the same year. In 2013, he also won the Tour of Britain. The year after that, he won a time-trial gold medal at the road world championships.

Furthermore, at the 2016 Olympic Games, he was part of a British squad that won gold in men’s team pursuit. This brought his lifetime Olympic medals total to eight, the most for any Brit. He stepped down from cycling in December 2016.

Wiggins’ career is full of brilliant achievements. In total, he has eight Olympic medals, five of them gold. Moreover, in 2012, he won the Tour de France. Also, he won the world time-trial title in 2014.

Wiggins was granted a knighthood in 2013 at Buckingham Palace by Queen Elizabeth.

Sir Bradley has an estimated net worth of around $5 million. However, his annual income is still under review. His primary source of income is cycling.

In 2013, due to a hack into the World Anti-Doping Agency’s database, therapeutic use exemptions that were given to Wiggins and Team Sky in 2011–13 for the otherwise banned corticosteroid triamcinolone news was made public.

In 2018, a House of Commons committee investigated doping in sports accused Wiggins for “crossing an ethical line.” However, the committee concluded that they had used the drug for enhancing the performance of the athlete and not for the intended purpose of medical treatment. Similarly, Wiggins and Team Sky denied any wrongdoing.

Wiggins is 6 feet 2 inches tall. In addition, he has a weight of 69 kg. He has brown hair and green colored eyes.

You may also like to read the bio, career, net worth of Lance Armstrong, Rollo Weeks, Geoff Huegill.