Brady Tutton’s current relationship status is possibly single. To date, he has not introduced anybody as his girlfriend or partner. 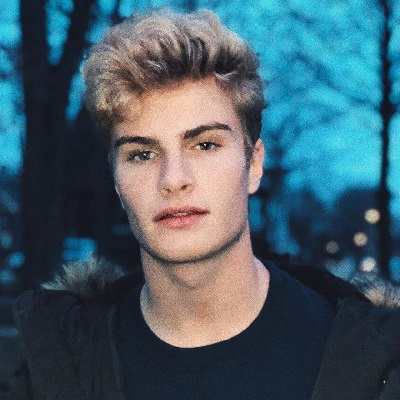 Who is Brady Tutton?

Last, in 2018, he appeared in the movie, The Rocket as Joshua Davis.

Brady Tutton was born on 7th December 2001 in Evanston, Illinois. He is of British ethnicity.

He is the youngest child of his parents; Sean Tutton (father) and Colleen Tutton (mother).

He has a sister, Casey, and two brothers, Ryan and Jack Tutton. His mom and siblings are performers by profession. They performed during the production of The Sound of Music.

Since childhood, he was greatly influenced by his mum and his siblings. At the age of 8, his brother toured for the Broadway show, Oliver.

Moving towards his academics, he completed his elementary education at Atwater Elementary School. During his school days, he used to stammer. However, he wouldn’t stammer when he used to sing. Later, he joined Shorewood High school.

In 2012, he started his career in the entertainment world with the movie, LOL. In the comedy-drama, he appeared in a minor role as Jackson. Prior to that, he was engaged in stage plays along with his parents and siblings.

Moving forward, he made his appearance in TV series including Chicago Fire, Dr. Good, and Doc McStuffins. In 2015, he featured the TV series, Fresh Off the Boat as Brock. The series became a milestone in his acting career. After that, he appeared in the short movies; Sleep, Wake, Forget as Young Liam, and The Rocket as Joshua Davis.

Apart from his acting career, he is also a music artist. At the age of 12, he studied classical music. Also, the singer can sing in various languages including Italian, French, and German.

In 2017, he competed in the music competition series, Boy Band. He won the competition and became a member of the American Boy Band named In Real Life. In 2020, the band broke up to pursue their solo career.

As of 2022, he has an estimated net worth of $1 million. His earnings as an actor are in the range of $20k to $214k. Apart from that, he also earns through his performance.

Brady Tutton has blue eyes with auburn hair. He stands at a height of 5 feet 11 inches and weighs around 65 kg.

To date, he has not been part of any kind of controversy and scandal that created a buzz in the media. Apart from that, he also managed to maintain distance from any kind of rumors.