Braith Anasta is an Australian rugby league footballer. He is currently living with his fiancee named Rachael Lee and he is the father of a daughter.

Braith Anasta at present is engaged. He is currently living with his fiancee named Rachael Lee. They started to see each other in 2016 and engaged after three years in Oct.

Then in 2018, this lovely couple welcomed their first child, a daughter named Gigi.

Previously, Braith was married to Jodi Gordon on 14 Oct 2012. His ex-wife is a model and actress and before exchanging vows, they exchanged rings in July 2011.

Their first kid was born in 2014 whom they named Aleeia. But, this conjugal relation came to end without giving any reason publically in 2015. 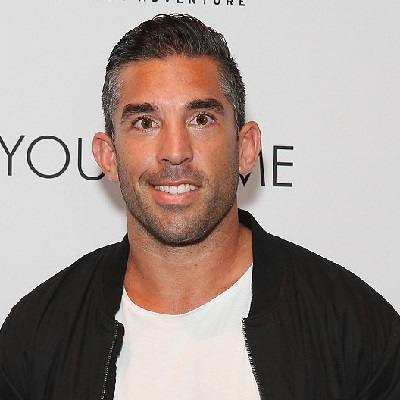 Who is Braith Anasta?

Braith Anasta is an Australian rugby league footballer who is now retired. He is popular for playing with teams like Canterbury Bulldogs, Wests Tigers, etc. in Five-eighth and Lock positions.

In addition, he is also the founder of a sports management company called Searoo Sports which was established in 2018.

Braith Anasta was born on 14th January 1982 in Malabar, New South Wales, Australia as Braith Anastasakis. He is of Greek ethnicity with Greece ancestry.

He is the son of Petros (father) and Kim Anasta (mother). His paternal ancestry comes from Rhodes, Greece. Whereas his mother, Kim is a native Australian.

Braith Anasta started playing passion while he was studying. He then entered the rugby football ground in 2000 by joining Canterbury Bulldogs. With this team, he was still in 2005 and then joined Sydney Roosters from 2006 till 2012.

After this, he was signed by Wests Tigers and played for a year (2013-2014). Later he announced that he is retiring from his playing career in Aug 2014 via a live show on Fox Sports.

Then, Braith started working as a commentator and analyst for the same network. He also regularly appeared on Fox Sports Golf Show.

By the reports of 2022, he has a net worth of around $2 million. But the salary he receives is under the curtain.

He has brown eyes with brunette hair. He stands at a height of 6 feet and 1 inch and weighs around 98 kg.

The football player confirmed his separation from his ex-wife, Jodi after three years of marriage. After getting separated he commented on Gordon being a bad investment speaking to the KIIS radio duo.

Moreover, his then-girlfriend, now fiancee was diagnosed with stage-one melanoma in Nov 2020.