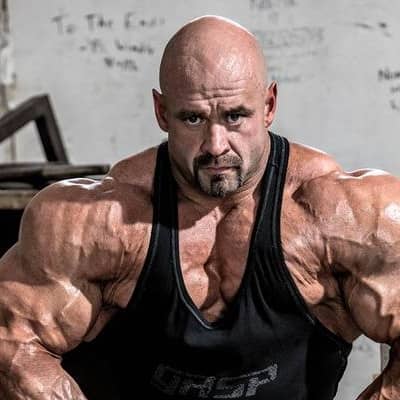 Branch Warren is a married man. His wife’s name is Trish Warren who is also a bodybuilder. Her Instagram account has over 80k followers.

But their wedding details are unknown. This couple together has a child in 2012. Their daughter’s name is Faith Lea Warren.

Who is Branch Warren?

Branch Warren is an American bodybuilder who is now retired. He was the winner of the Arnold Classic two times in 2011 and 2012.

He was born as William Branch Warren on 28 Feb 1975, in Tyler, Texas, USA. The name of his father is unknown and his mother’s identity is also not revealed.

Moreover, his ethnic background is not disclosed along with his academic history.

Branch Warren is one of the best bodybuilders of the International Federation of BodyBuilding & Fitness (IFBB). He has competed in several events.

This bodybuilder has an estimated net worth of $1 million as of the year 2020. But his salary and other earnings are unknown.

He has sponsored CellTech and is sponsoring Gaspari Nutrition. But as per the sources, the average salary of a bodybuilder is around $32k per year.

This star is keeping himself away from rumors. Moreover, he is also away from any desperate scandals.

Regarding Branch Warren’s body features, his height is 5 ft 7 inches and his body weight is 113 kg. Moreover, the color of his eyes is green and his hair is also dark brown in color.

Branch is available on social sites. His Instagram is followed by over 866k people and Twitter has over 38k followers.

His Facebook page has the highest followers of more than 3.3 million.