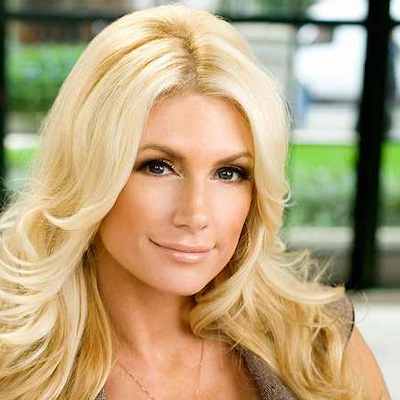 Brande Roderick’s relationship status is taken. She is dating a guy named Robert Renzoni who can be seen on her Instagram posts.

Her boyfriend and she started to date each other in 2018.

She previously exchanged vows with  Glenn Cadrez in June 2007 and shared the rings in Aug 2006.

Her husband is a footballer by profession but their wedding details are not known. They welcomed their two sons named Kannon Cadrez (b. 2011) and Keaton Roderick-Cadrez (b.2010).

Unfortunately, this couple could not hold their marriage and they separated after 10 years in 2017.

Who is Brande Roderick?

Brande Roderick is an American actress and model. She is mostly known for appearing on the Baywatch as Leigh Dyer.

Three of her upcoming projects, 4 Kings, One Month Out, and Frankie’s Redemption are under the post-production stage.

Her birthdate is 13 June 1974 and she was born in Novato, California, the United States as Brande Nicole Roderick. The names of her mother and her father are folded.

Brande’s ancestry is Caucasian and as per her academics, she is a pass out of Santa Rosa Junior College.

Brande Roderick has appeared in several screen projects. Some of them are Starsky & Hutch, Snoop Dogg’s Hood of Horror, Club Wild Side 2, and The Nanny Diaries.

Moreover, she had short roles in Joey, The Parkers, Just Shoot Me!, Fear Factor, and Beverly Hills, 90210. As a model, she was titled Playmate of the Month in April 2000.

Her estimated net worth of around $2 million as of 2021. But her salary plus other incomes are not disclosed.

She is one of the business partners of the shoe label Pantofola d’Oro. Also, she owns a gaming website called FantaZ.

This star model is keeping herself away from rumors and desperate scandals.

Regarding Brande Roderick’s body features, her height is 5 ft 7 inches and her body weight is 53 kg.

Moreover, her eyes are brown with silky hair in blonde color. Her bust size is 35 inches, her waist size is 24 inches, and her hips are 34 inches.

Brande is available on social sites such as Facebook with 3.6k fans. But her Twitter and Instagram accounts are followed by more than 44k and 33k followers respectively.

She also has a YouTube channel with more than 390 subscribers.