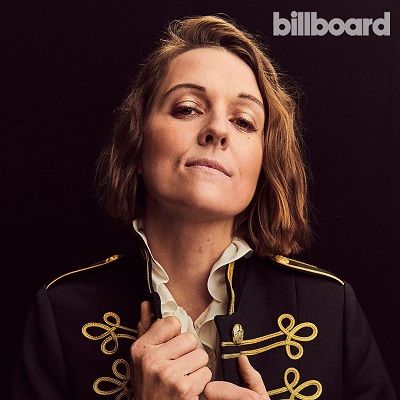 I don't have to have a lot of formality around it ... there were people before me who paved the way.

All of these lines across my face, tell you the story of who I am. So many stories of where I've been and how I got to where I am

The purpose of it all is love.

What is the relationship of Brandi Carlile?

The couple first announced that they are engaged in June 2012. Finally, on the 15th of September 2012, they took their relationship to the next level with the wedding in Boston, Massachusetts.

Together they have two daughters Evangeline and Elijah. They reside in Maple Valley, Washington with their children and some goats, a chicken, a horse, a dog, and a cat.

Who Is Brandi Carlile?

Brandi Carlile is a five-time Grammy-winning singer and songwriter. Carlile is renowned as the singer of By the Way, and I Forgive You.

Next, on the 6th of April 2020, she will be appearing at Hamer Hall in Melbourne, Australia.

What are the birth facts of Brandi Carlile?

Brandi Carlile was born on the 1st of June 1981 in Ravensdale, Washington. Her mother, Teresa Carlile is a singer by profession.

She has two siblings that including a brother Jay Carlile and a sister Tiffany. They are of British ancestry.

The singer grew up in a small town 30 miles outside Seattle. As a child, she used to play woods and built forts with her siblings.

Since she was a child, she had a great affection for music. Similarly, she used to take music classes from her mother.

At the tender age of 8, she started performing in the song Tennessee Flat Top Box along with her mother. Later, she began playing guitar and writing songs. One later year, she started her career as a backup singer for Elvis impersonator.

She joined Tahoma High School in Maple Valley, Washington. However, she left school to pursue a singing career.

– In 2004, she was first signed by Columbia Records. One year later, she released the self-titled album. Her very first album peaked at the range of 80 on the Billboard 200 and 1 on the US Folk Albums.

– In 2007, she released the album, The Story in collaboration with Indigo Girls. That peaked at the position of 58 in the US Billboard with Gold certification by RIAA.

– In 2011, she released the third album, Live at Benaroya Hall with the Seattle Symphony which reached the 5th position in U.S. Top Folk Albums.

– Last, in 2018, she released her latest album, By the Way, I Forgive You. To date, the album is the most successful. The very album peaked at the rank of 5 on the US Billboard.

How much does Brandi Carlile earn?

She also earns royalties through her album.

Apart from that, she also earns through her music tour.

To date, she has not been through any sort of controversy that created a buzz in the media.

Brandi has brown hair and eye color. She is 5 feet 6 inches tall and weighs around 54 kg.

She also has a self-titled YouTube channel with 60.5 million views.

Ray Stevens
Tags : American singer By the Way I Forgive You Songwriter