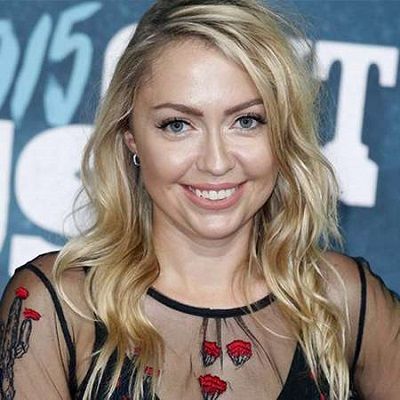 Just feeling a little rock and roll makes me feel like me. Brandi Cyrus Rock And Roll Me Feel I have a really intense night routine. I use Rodan + Fields - and I love their anti-aging line. I use the face mask, retinol, moisturizer... the whole nine yards. I also rely on a really gentle cleanser and keep an eye gel around at all times

Brandi Cyrus dated the lead singer in the Christian band Luminate Sam Hancock in 2008. After two years, the two decided to separate in 2010. It was alleged that Brandi’s half-sister Miley was trying to hit on Sam and reportedly, the two became very close.

Brandi dated a musician Jon Wasleske in 2010, the couple decided to split after two years of dating in 2012.

Brandi started dating Zach Hall, the keyboard player with the band Five Knives in 2013. Both of them seem very much in love and are regularly seen making public appearances.

But they broke up in 2018. Brandi is now dating a South African guy.

Who is Brandi Cyrus?

Brandi Cyrus is an American actress, singer, and DJ. Whereas, she is mostly known as the sister of a famous singer and songwriter Miley Cyrus. Likely, she is a co-host of the Bravo show named Cyrus vs. Cyrus and Your Favorite Thing podcast.

Additionally, she has her own band, ‘Frank and Derol,’ along with her friends Megan Park and Codi Caraco.

Brandi Cyrus was born in Nashville, Tennessee, the United States on May 26, 1987. Her birth name is Brandi Glenn Helson. Her father’s name is  Billy Ray Cyrus and her mother’s name is Tish Cyrus. Whereas, her parents got separated when she was quite young.

Then, her mother’s wedding with singer, songwriter, and actor Billy Ray Cyrus in 1993, Brandi was legally adopted by Billy. Brandi was interested in music from a young age.

Talking about Brandi’s education history, there is no information about her educational achievements.

Talking about her profession, Brandi Cyrus started playing Guitar at the age of 18. Brandi Cyrus has often been together with her sister’s concert on the stage of the HM concert. Cyrus has played on and off stage for her stepfather Billy Ray Cyrus. Brandi is also planning to launch her solo music album in coming future. Cyrus’s musical influences include her sister Miley Cyrus, Veronicas, Michelle Branch, and her father Billy Ray Cyrus.

Brandi is also famous for co-hosting a popular podcast titled ‘Your Favorite Thing with Wells & Brandi.’ Apart from hosting shows and appearing in TV series, Brandi keeps her fascination for music alive by working as a DJ. She also maintains a blog called ‘Style Native’ where she posts about fashion and lifestyle.

She also uses her blog page as a platform to let her fans know about the upcoming events where she would perform as a DJ. Also, her blog page has a separate section where she posts snippets of ‘Your Favorite Thing with Wells & Brandi.’
She has acted in some of the popular movies like The Real Miley Cyrus (2007), Hannah Montana: Line in London (2007), and Old 37 (2015).

Brandi Cyrus has a height of 5 feet 5 inches and she weighs 56Kg. Additionally, she has a measurement of 33-27-36 inches and her bra size is 32A. Brandi’s hair color is dark brown and her eyes color is blue.