Updated On November 21, 2022 | Published By: Arun Mehata
Share this
Single 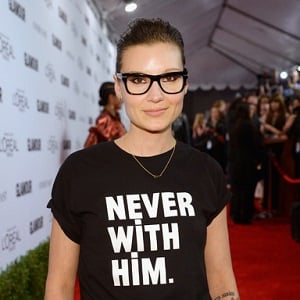 What is the relationship of Brandi Milbradt?

Brandi Milbradt was previously in a relationship with American Film Director, Darren Aronofsky. The pair dated for 2 years after getting together in 2012.

Furthermore, they were engaged in 2014 but later separated in 2015. At present, Milbradt is believed to be single.

Brandi Milbradt is a Canadian producer, director, and writer. She is the executive producer alongside Darren Aronofsky in ‘Maddaddam’.

Additionally, she has also worked as a producer for ‘Jessica Z’, ‘Kits’, and ‘The Life and Death of Steriogram’.

How old is Brandi Milbradt?

Milbradt was born in Winnipeg, Canada on September 28, 1977. She was born as Brandi-Ann however, people know her by her nickname, Brandon.

She is of Canadian nationality. Furthermore, there are no details available about her ethnicity.

Talking about her education, there is no detailed information relating to Milbradt’s educational background.

Furthermore, for 9 episodes of the TV series ‘The Business’, she was the executive producer. Since then, she has produced several other movies and television series. She has over 10 credits as a producer.

Some other movies and television show that Milbradt has worked on are ‘pink box’, ‘The Range’, ‘The Life and Death of Steriogram’, ‘This Movie Is Broken’, ‘Who Is KK Downey?’, ‘Prom Wars: Love Is a Battlefield’, ‘and ‘Counting the Days’ among others. In addition, she also has 4 credits as a writer and 2 credits as an actress.

Milbradt has not revealed her current salary. Additionally, there are no details available relating to her estimated net worth.

Milbradt has kept most of the information about her personal life away from the mainstream media spotlight.

Additionally, she has not been part of any notable controversies in her career.

Furthermore, at present, there are no rumors concerning Milbradt.

Talking about her body measurement, there are no details available about Milbradt’s height and weight. Her hair color and eye color are dark browns.

Also find out more about another Canadian writer, producer, and actress, Kathryn Stockwood.