Brandon Chang is a popular Taiwanese actor and model. He is single and nothing is known about his past relationships. 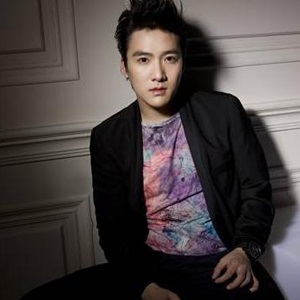 Brandon Chang has made several appearances on films and television roles but his personal life is still kept away from public attention. There are no records of him getting married and having children.

Moreover, no affairs and rumors regarding his relationship are linked to him. His current relationship status is single.

Who is Brandon Chang?

Dashing Brandon Chang is a Taiwanese artist. He became famous for becoming the apprentice of Michelle Yeoh, an internationally acclaimed superstar. Later on, he returned to Taiwan to carry on his entertainment career.

Brandon was born on 28 December 1982 in Toronto, Ontario, Canada. He was the son of a Taiwanese father and Hong Kong Chinese mother. His brother is Keven Chang and sister is Vivian Chang.

Early on in his childhood, he excelled in both music and sports. As a result, his parents suggested he make a career in sports.

However, his focus later turned towards music as he completed his piano classes. After that, he put his hand on the guitar and other musical instruments. When he was 14, he moved to Hong Kong along with his family and then towards Taiwan.

Despite having information regarding his interest and childhood, his educational background is still not disclosed by him.

Early in his career, Brandon Chang started off by modeling in Hong Kong at a tender age of 16. As a result, he was selected for a commercial shoot with Nokia in France. Following this, he started in Hong Kong’s popular teen dramas, RTHK’s Y2K. Soon, his talent attracted lots of attention and eventually got himself a contract with Media Asia Entertainment Group. The group was very famous and successful all over Asia.

Furthermore, he appeared as an apprentice of Michelle Yeoh after getting very close to her. After that, he starred in films such as The Touch (2002) and Silver Hawk (2003). In 2005, he initiated his own brand “Greedy Genius “in the United States.

This business proved to be an instant hit with many celebrities and rappers followed his store. Recently, it expanded its business throughout the United States, Europe, Canada, Japan, Korea, Taiwan, Singapore, and Eurasia.

As a result of his successful venture, Bloomberg Businessweek named him as one of Asia’s Best Young Entrepreneurs in 2009. In the same year, he signed with the top talent agency, Creative Artists Agency (CAA).

Thus, with the help of his talents and business, he gets a decent amount of money as his income raising his net worth. His net worth is estimated to be $65 million.

Currently, there are no desperate rumors regarding his personal and professional life. It seems he is doing best job without harming others and has been a straight person in his life, for which he has not been in any controversy yet

Apparently, Brandon Chang has a well-maintained physique standing at a decent height. However, the exact body measurement is still missing. He has a height of 5 feet 9 inches tall and weighs is unknown. His black hair color and dark brown eye color.