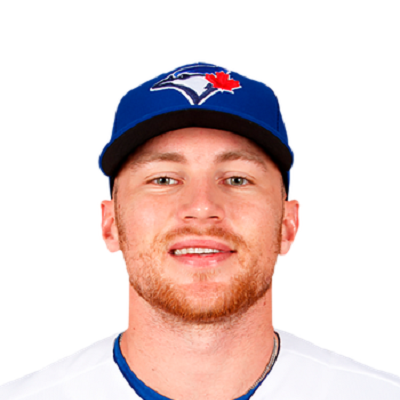 Currently, Brandon Dury is single. Since he is a private person, he keeps involved in his other passions too.

At times he plays games and other times he enjoys the company of his friends. However he most of his time practicing his game.

Who is Brandon Drury?

Brandon Drury is an American baseball third baseman. Brandon is currently playing for the Toronto Blue Jays of Major League Baseball (MLB). He wears jersey No. 3 and he made his first MLB performance with Arizona Diamondbacks.

Brandon attended Grants Pass High School in Grants Pass, Oregon. As shortstop for the school’s baseball team, he signed for college baseball at Oregon State University. There Atlanta Braves selected him in the 13th round of the 2010 Major League Baseball draft.

This is where he first appeared professionally for the Gulf Coast Braves. After that, Brandon made his first MLB performance in 2015 for the Arizona Diamondbacks. And then he played for the New York Yankees.

On April 6, 2018, Drury suffered from blurred vision and migraines and left the game. Sadly on the next day, April 7, he was placed on the 10-day disabled list. Later on May 14, he was activated from the disabled list and optioned to Triple-A Scranton/Wilkes Barre.  Then again he was again activated from the list on August 7 with a broken left hand.

Brandon was only eight games into his tenure with the Blue Jays.

In 2016, Drury was awarded the Player of the Week. His net worth this year is $1 million.

Currently, he is under contract for a yearly income of $1,300,000 with the Toronto Blue Jays.

Brandon is active on Instagram and has 21k followers.

He has hazel brown eyes and brown hair; with a height of 6 feet 2 inches and a body weight of 95 kg.