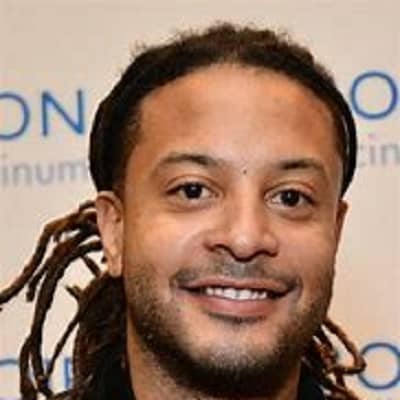 Heading towards his relationship status, he is possibly single at present.

But, previously, he was married to Miekka Tennent. They divorced in the year of 2014.

Who is Brandon Jay McLaren?

Brandon Jay McLaren is a Canadian actor who has garnered fame for his main and supporting roles in shows such as Graceland, Power Rangers S.P.D. Ransom, and Harper’s Island, and Slasher.

In addition, he received the Golden Maple Award for Best Actor in a TV series broadcast in the U.S. in 2015, for his role on Graceland.

He was born on October 15, 1980, in Vancouver, British Columbia, Canada. His birth sign is Libra.

He holds Canadian nationality and is of multiracial ethnicity (Trinidadian and Grenadian).

Focusing on his parent’s details, he has not revealed any information regarding his parents and siblings.

Likewise, he joined Johnston Heights Secondary School in Surrey, British Columbia, Canada. Then, he enrolled at the State University of New York where he completed the bachelor’s degree in Human Biology.

Initially, he began his acting career after returning to Vancouver and made his debut in 2002 in a brief role in D.C. Sniper: 23 Days of Fear as well as in the TV series Just Cause.

Likewise, he has appeared in Small Ville (2004), The Days (2004)& The collector (2004). Then, he was a guest star in the episode “Bloodlines” of Blade: The Series and was featured throughout the first season of the N original television series The Best Years as Devon Sylver.

Besides that, he portrayed Lenin in 13 episodes of Being Erica. After that, he was cast in the main role of Dake Jakes n Graceland (2013-12, 12 episodes). This actor worked in 7 episodes of Girlfriends’ Guide to Divorce. Similarly, he appeared as Oliver Yates in the TV series Ransom starring Luke Roberts, Nazneen Contractor &Sarah Greene.

He has an estimated net worth of $400, 000. His source of income is from his acting career.

His hair color is slightly brown and his eye color is black.

However, he is not active on Facebook at the moment.