Brandun DeShay is an All-American musician. He writes, sings, raps as well as produces his own music. Brandun is currently not dating anybody. 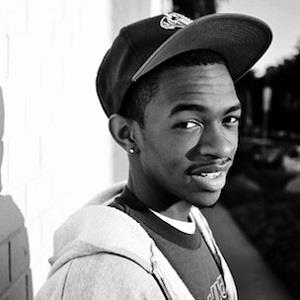 What is the relationship of Brandun DeShay?

In an interview in 2015, he stated that he was in a relationship. He also stated that his girlfriend was of Asian ethnic background. However, the couple separated.

Apart from this, there is no further information regarding his past relationships.

Brandun DeShay is an American rapper, record producer, and songwriter. He was involved with a group Odd Future from 2008 to 2010.

People also know him by his other name Ace Hashimoto.

Brandun was born in Chicago, Illinois on May 10, 1990. Most of the information relating to his early life and childhood is not available at present.

He holds an American nationality and belongs to an All-American ethnic background.

Talking about his education, Brandun has a degree in Marketing and Political PR.

Initially, Brandun DeShay entered the music world when he released his first mixtape called ‘Volume: One! for the Money’ in 2008. Next, he released two more mixtapes in successive years which he titled ‘Volume: Two! for the Show’ and ‘Volume: Three! to Get Ready’.

As a producer, Brandun has produced for rappers such as Curren$y, Dom Kennedy, Mac Miller, Action Bronson, Chance The Rapper, and Danny Brown.

Additionally, he was also a member of the hip-hop collective Odd Future from late 2008 to mid-2010. He said in one of his interviews that Pharrell Williams and Yasutaka Nakata’s music inspired him.

Brandun has released three studio albums, ‘All Day DeShay: AM’, ‘goldUn child’, and ‘goldUn child 2’. Labels that he has been associated with throughout his career include Toy’s Factory and BMG Rights Management.

Brandun has not revealed his current salary. As per 2022’s data, his net worth is estimated at $1.5 million.

Currently, there is no detailed information relating to Brandun’s height and weight. His hair color and eye color is black.