Actress-singer Brandy Norwood is a single mother of a baby girl. 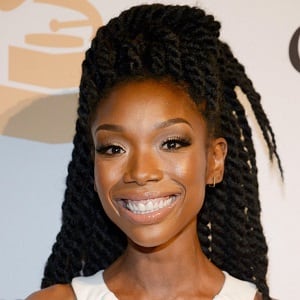 I'll be a nun, raise my daughter, and make albums.

There's a lot of people out there who go through hard times, and they feel alone. They feel like nobody is there. But I'm in the same boat.

Norwood also dated singer Usher in 1998. She married secretly with music producer Robert Smith in July 2001. Additionally, they also had a daughter together named Sy’rai. She was also engaged to basketball player Quentin Richardson. They later separated in October 2005.

In 2006, she was in a relationship with actor Tyrese Gibson. Furthermore, Brandy has also dated singer Flo Rida, actor Terrence Jenkins and music executive, Ryan Press.

More recently, she began dating songwriter and recording artist, Sir the Baptist in May 2017. But this relationship was only for a short time.

At present, she is possibly single.

Who is Brandy Norwood?

Brandy Norwood is an American singer, songwriter, and actress. Her self-titled debut album was certified quadruple Platinum in the US. She has released numerous other albums since then.

Additionally, she starred in the reality series ‘Brandy: Special Delivery’ in 2002.

Norwood was born in McComb, Mississippi as Brandy Rayana Norwood on February 11, 1979. She was born to parents Willie Norwood and Sonja Norwood. His mother was a district manager for H&R Block and her father was a gospel singer and choir director.

Additionally, she is the older sister of entertainer Ray J. Brandy was exposed to the world of music at an early age and started singing through her father’s work. She is of American nationality. Furthermore, she belongs to the African-American ethnic background.

Talking about her education, Norwood attended Hollywood High School but later dropped out.

Brandy Norwood initially began participating in talent shows and also performed at several public functions. Later, she hired producer Keith Crouch and R&B group ‘Somethin’ for the People’ to work on her album ‘Brandy.’ The album was released in September 1994 and it peaked at number twenty in the U.S. Billboard 200.

Additionally, she released her second album titled ‘Never Say Never’ in June 1998. Since then, she has released several albums including ‘Full Moon’, ‘Afrodisiac’, ‘Human’, and ‘Two Eleven.’ In addition, Brandy also has over 30 credits as an actress.

Some movies and television series that Norwood has appeared in are ‘Star’, ‘The Perfect Match’, ‘Zoe Ever After’, ‘The Game’, ‘The Soul Man’, ‘Temptation: Confessions of a Marriage Counselor’, ‘90210’, ‘Drop Dead Diva’, ‘One on One’, ‘American Dreams’, ‘Sabrina, the Teenage Witch, ‘Moesha’, and ‘I Still Know What You Did Last Summer’ among others.

Norwood also made her Broadway debut in the musical ‘Chicago’ in 2015. Additionally, she was one of three judges on the first season of ‘America’s Got Talent.’ To date, Brandy has sold over 30 million records worldwide and her vocals have had a significant impact on the music industry.

Norwood has not revealed her current salary. However, she has an estimated net worth of around $ 12 million at present.

Norwood made the news after she was involved in a fatal automobile collision on December 30, 2006. Additionally, several lawsuits have been filed against Norwood.

Brandy also has a long ongoing feud with Georgia’s R&B vocalizing diva Monica. At present, there are no rumors concerning Norwood and her career.

Talking about her body measurement, Brandy Norwood has a height of 5 feet 7 inches (1.7 m). Additionally, she weighs around 64 kg or 141 pounds.

She has a body measurement of 34-23-34 inches. Furthermore, her hair color is black and her eye color is dark brown.